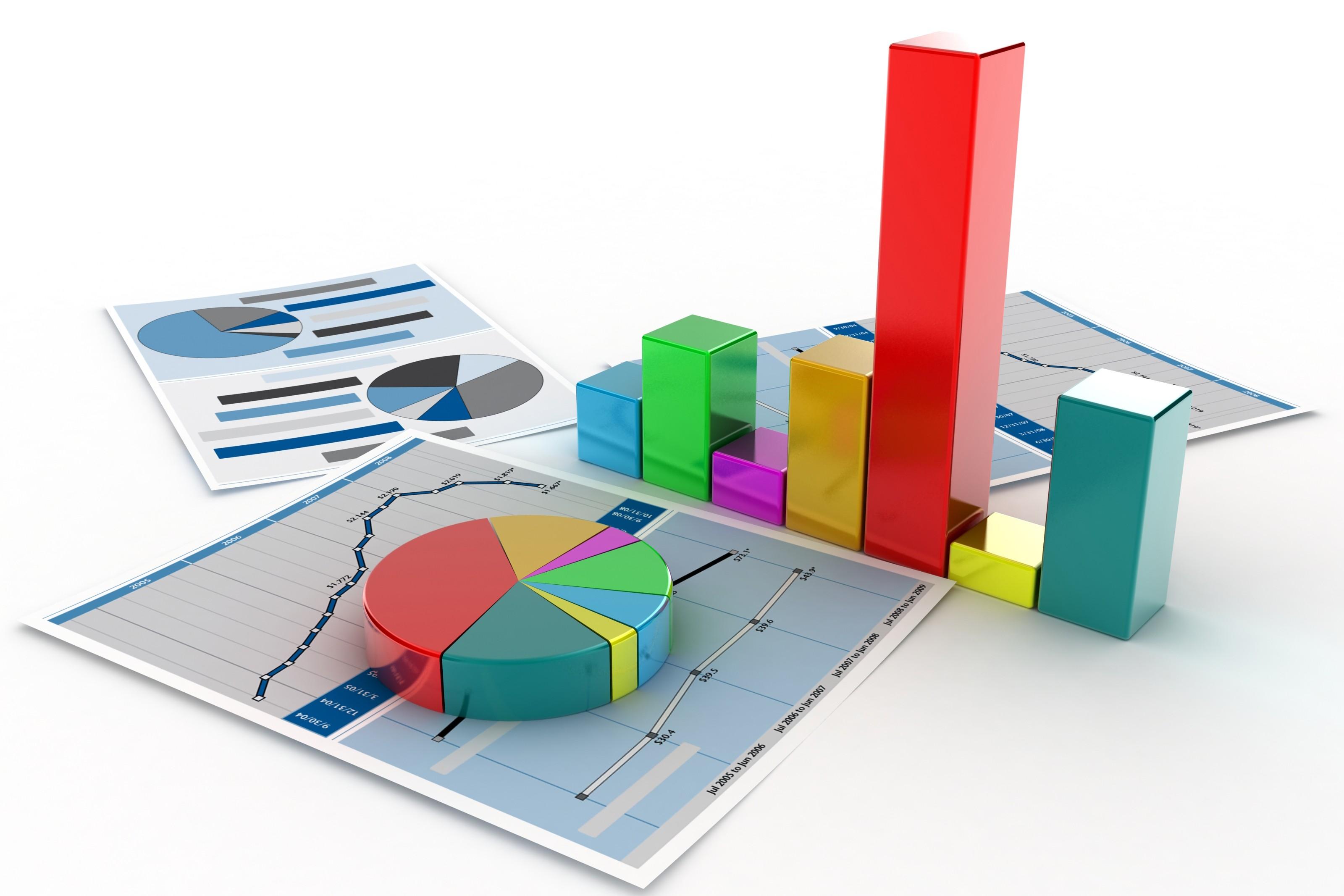 According to the ZVEI Business Cycle Report (December 2014 edition), the development of new orders in the German electrical and electronic industry is still subject to strong fluctuations: in October 2014 they failed their pre-year level by 2.9%. While domestic orders increased by 6.6%, foreign bookings shrank by 10.3%. Customers from the euro area raised their orders by 8.8% (again year over year), whereas new orders from third countries sagged by 19%. Accumulated from January through October of this year bookings in the sector have slightly exceeded their pre-year level by 0.6%. With it, domestic and foreign orders rose by 0.8% and 0.5%, respectively. While euro zone clients booked 2.6% more than the year before, new orders from third countries decreased by 0.7%. 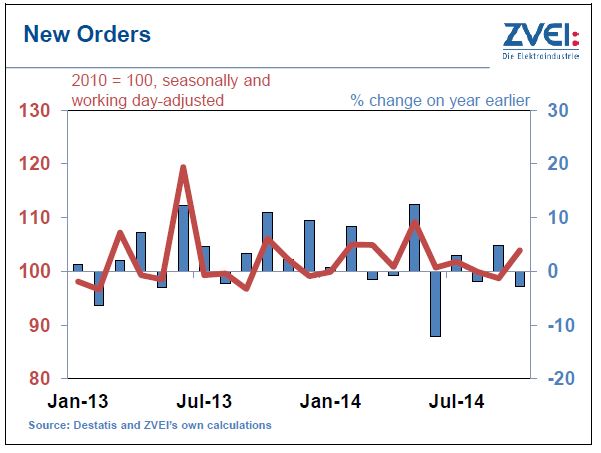 Production picks up in October
Production – adjusted for price – of the E&E industry’s companies in Germany has picked up by 3.2% (year-on-year rate) in October 2014. Between January and October of this year the sector’s output rose by 2.6%. Both in October and from January through October the sub-sector of electronic components and systems has shown the highest year-on-year growth rates – of 24.6% and 10.8%, respectively. The sector’s firms’ production plans (for the next three months to come) have slightly picked up once again in November of this year. Compared to a month before the balance of companies planning an expansion or rather a contraction has slightly risen (from minus 4 to minus 2). 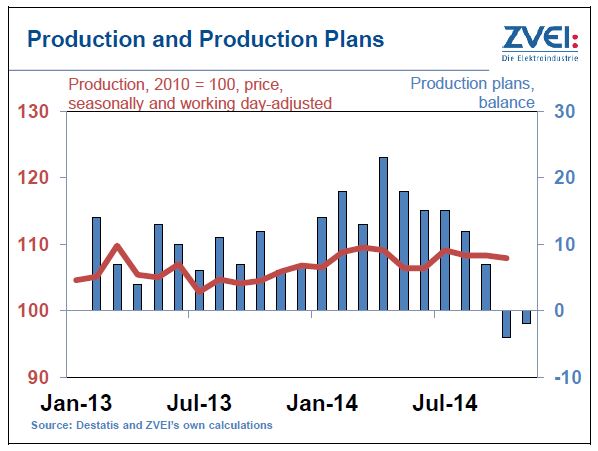 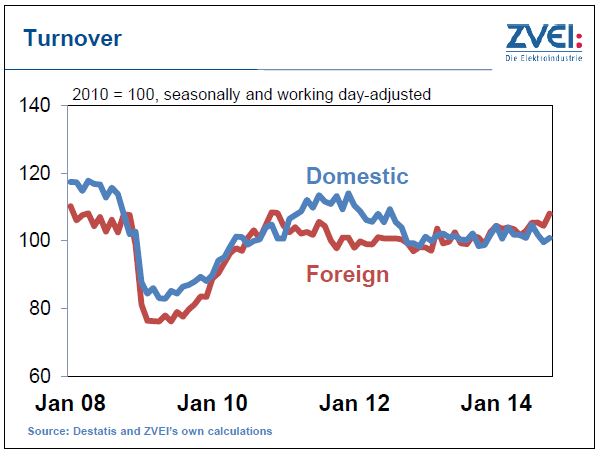 Business climate improves slightly again in November
After three decreases in a row the business climate in the German E&E industry has increased slightly again in November of this year. Both the companies’ evaluation of their present economic situation and their overall business expectations for the next six months to come have – on balance (of positive and negative answers) – changed for the better compared to October. Now 29% of the sector’s firms assess their current situation as good, 57% as stable and 14% as bad. Regarding expectations, 14% of the companies reckon with rising businesses. 70% and 16% of the firms await stable and declining activities, respectively. Export expectations for the coming three months also have gone up once again in November 2014. 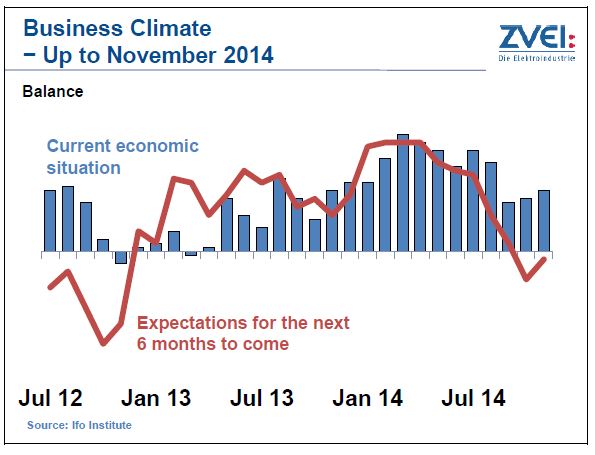