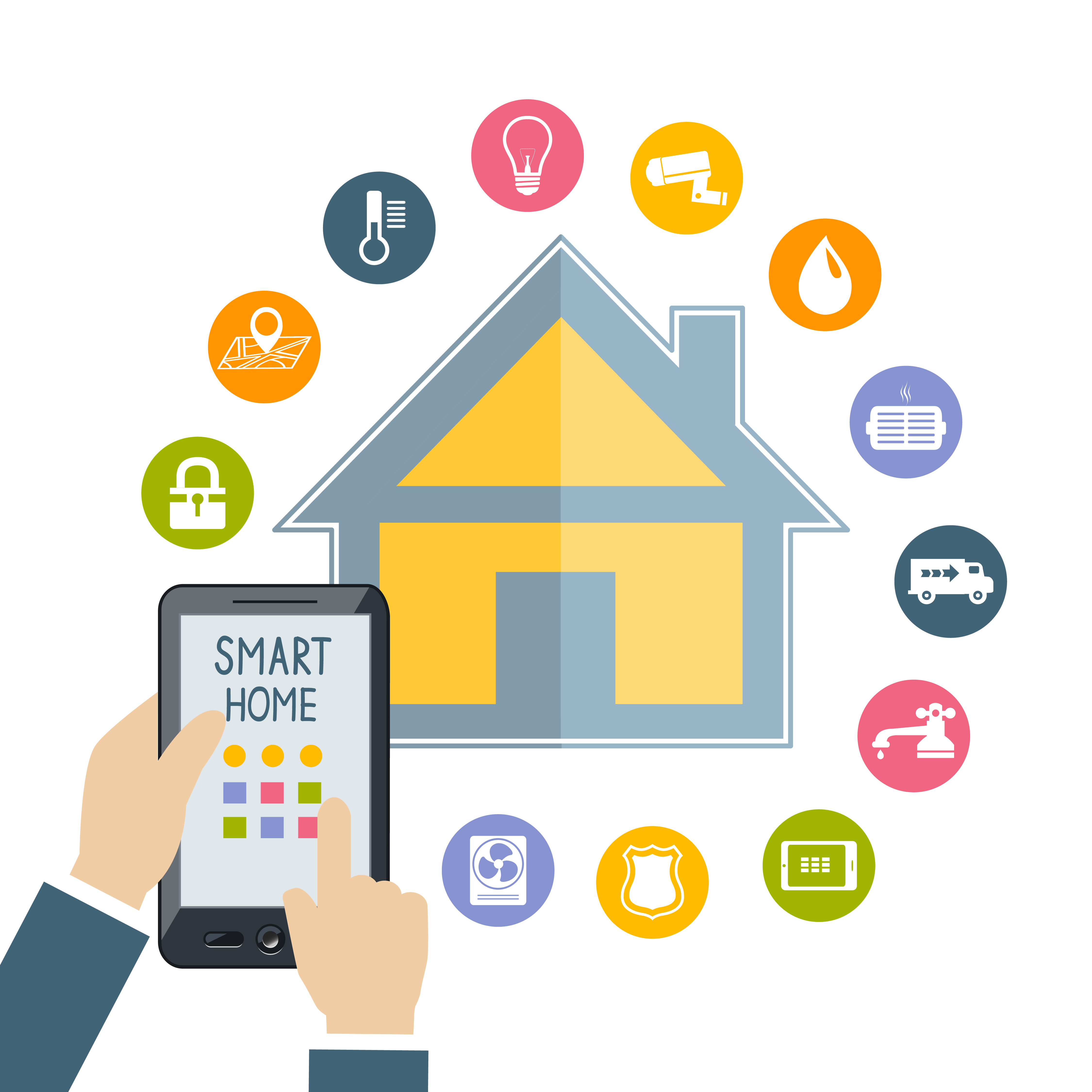 The growing variety of available products, retailers’ attention and consumers’ better knowledge are the factors that make us envisage a strong development of the Internet of Things and, in particular, of the smart home in the next future.

The recent results of the Internet of Things Observatory of the School of Management of Milan Polytechnics show that the interest in the connected home and, more in general, in IoT technologies is becoming increasingly diffused. In Italy, the Internet of Things market has reached a value of 2 billion Euros in 2015, scoring the 30% growth compared to 2014. In this growth have shared both the applications that exploit the mobile connectivity (1.47 billion Euros, +28% versus 2014), and the applications that use other communication technologies (for instance Wireless M-Bus and Bluetooth Low Energy). The latter category has totalled 530 million Euros in 2015, in other words the 33% increase compared to the previous year. If we compare these data with those released by Assinform about the Italian ICT market in its whole (growing by 1.1% versus), we can easily understand the potential expressed by the IoT. Moreover, according to what reported by the Observatory, the national trend of the Internet of Things mirrors what happens abroad: various research Bodies estimate in fact a rise of the IoT ranging from 20% to 40%. As far as the diffusion level of smart objects is concerned, the trend in growing, too: considering, for instance, the items connected in Italy by mobile net, the study by Milan Polytechnics surveyed about 10.3 millions of them at the end of 2015, 29% more in comparison with the previous year.

Smart home: one of the most promising sectors

The Internet of Things Observatory highlighted that the smart home is one of the ambits where strong development dynamics are expected in 2016. That belief derives from the fact that the offer of products and services in Italy is steeply rising (nowadays, in the household appliance sector several brands propose connected appliances) and retail players intend to give more space to these products, too, thus becoming an important contact point with potential buyers. Besides, consumers’ growing interest makes us foresee a rapid development of the smart home. Concerning this, the Observatory released the results of a research carried out in December 2015, in collaboration with Doxa, on a sample of around one thousand people living in property homes in Italy. Interviewees have an age included between 25 and 70 years and the target of the survey is understanding their knowledge level of the smart home, the adoption of eventual smart objects and the propensity to purchase in the next future. 79% of interviewees stated they are willing to buy products for the smart home: they are 33% more than in 2014 and this is a clear signal of interest in this type of solutions. Moreover, the research showed that one consumer out of five already owns at least one smart object inside his home and, among those affirming they intend to buy a product for the smart home, about 25% are going to do that within twelve months. In general, consumers’ main interest ambits concern the applications for the comfort, energy efficiency and safety. Nevertheless, depending on the user’s type, there are some differences in terms of priority. The investigation has identified three clusters of consumers: Conservatives, Users and Technophiles. The first (9% of the sample) are scarcely acquainted with technology, they are generally over 45 and they rely on a medium-low knowledge of the smart home. Concerning the solutions that they deem most interesting, they are mainly oriented towards energy efficiency and safety, while the channels to which they preferably turn are retailers and installers. Users (26% of the sample) have instead an average familiarity with technology and an age included between 35 and 44 years. They are prevailingly women and they avail themselves of a medium-high knowledge of the smart home, of which they think especially to satisfy comfort and safety needs. As for Conservatives, retailers and installers are the main contact points that these users prefer. Finally, Technophiles (65% of the sampling) are the consumers who are more at ease with technology. They are the youngest users (they are under 35) and they rely on a high knowledge level of the smart home, in which they are interested especially for applications concerning comfort and energy efficiency. The channels to which they prefer turning for products and services for the smart home are the online, retailers and insurances, which start integrating their offer with solutions for the smart home. Finally, concerning services the survey has revealed that 72% of interviewees (they were 59% in 2014) intend to purchase them (for instance, assistance 24 hours a day in case of problems and energy consumption monitoring).