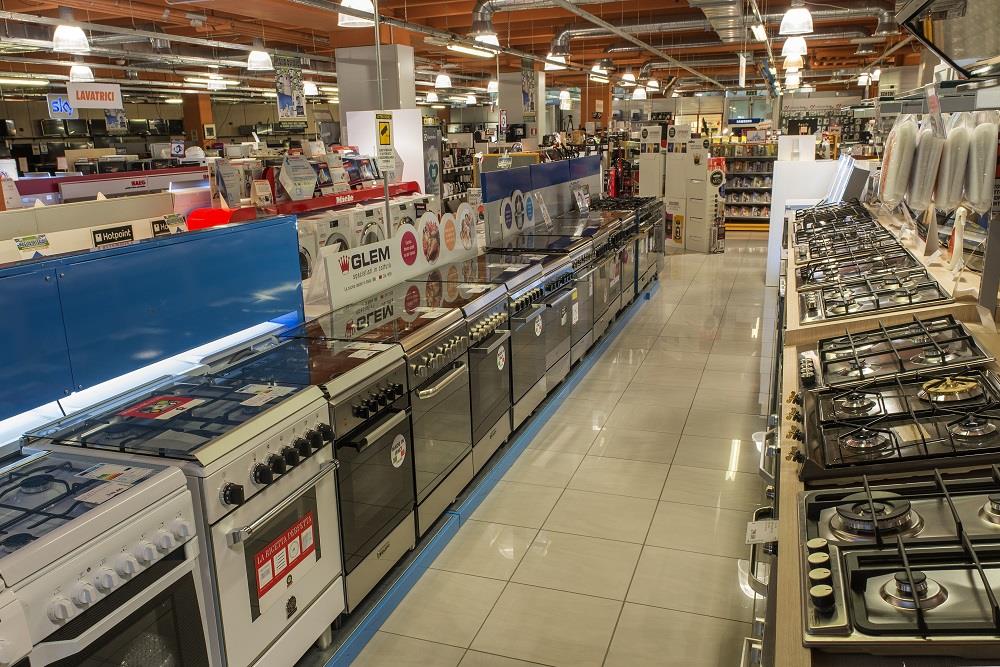 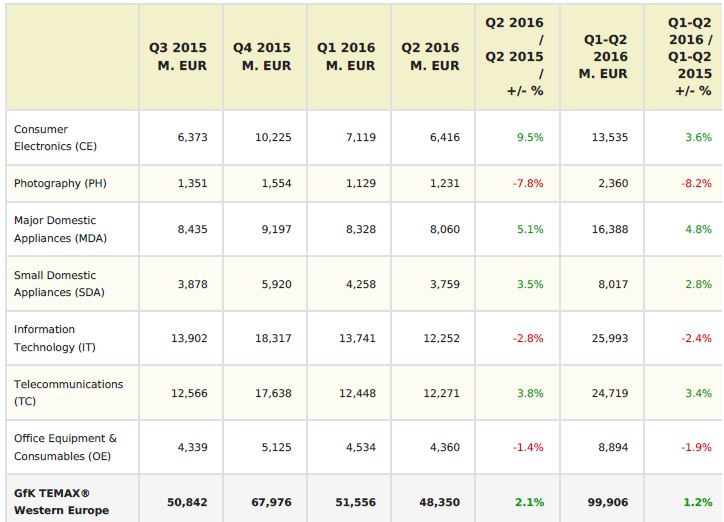 Major domestic appliances
The overall sector grew by 5.1 percent in Q2 2016, compared to 2015’s Q2. All countries registered an increase in sales value in Q2 2016, compared to the same period last year. The Netherlands achieved double-digit growth – driven by all product groups, with the exception of washing machines. Tumble dryers was a key category in Western Europe’s MDA market, up by 16 percent across the territory. Also, built-in appliances contributed well and grew by 6 percent. 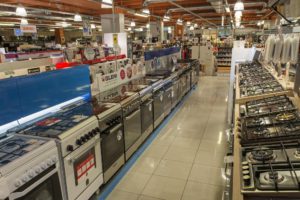 Small domestic appliances
In the second quarter of 2016, the SDA sector registered an increase of 3.5 percent, compared to Q2 2015. There were double-digit increases in the Danish, French and Spanish markets. All other markets grew by one digit, with the exception of the UK which decreased by 2.8 percent. The overall value of the SDA sector in Western Europe was 3.8billion euro in Q2 2016. Market growth was mainly driven by rechargeable handstick vacuum cleaners, fully automatic espresso machines, and electric fans.

Information technology
IT sales achieved around 12.3 billion euro in Q2 2016 – a fall of 2.8 percent, compared to the same period in 2015. In particular, the Greek market declined dramatically (down by more than 30 percent). Sales in the UK also saw a 5.7 percent decrease. Elsewhere, the French and Finnish markets achieved growth of 8.7 percent and 9.6 percent, respectively. The enduring Greek economic crisis and the high level of uncertainty after the UK Brexit vote weakened demand.

Telecommunications
In Q2 2016, the telecommunications sector rose by 3.8 percent, compared to Q2 2015. With a value of 12.3 billion euro, it is the TCG market’s largest sector. Apart from the Danish, Greek and Finnish markets, sales rose in the rest of Western Europe. The market share for smartphone devices (with screens of 5 inches and above) increased significantly – up to 60 percent in Q2 2016. Correspondingly, the market share for high-end smartphones (costing more than 500 euro) increased to 35 percent.

Office equipment and consumables
With a fall of 1.4 percent in Q2 2016, results continued to decline in the OE sector, compared to the same period in 2015. Healthy sales growth was, however, registered in Austria (up by 7.6 percent), Portugal (up by 4 percent), and Germany (up by 3.5 percent). On the flip side, the Dutch and Belgian markets saw significant drops in sales value in Q2 2016.

Photography
In Q2 2016, the photography sector in Western Europe was worth 1.2 billion euro – down by 7.8 percent, compared to the same period in 2015. The Finnish, Swedish and United Kingdom markets grew in value by single digits. High-value cameras and changeable lenses performed better, but could not compensate for the decline in the entry and middle-range segments. 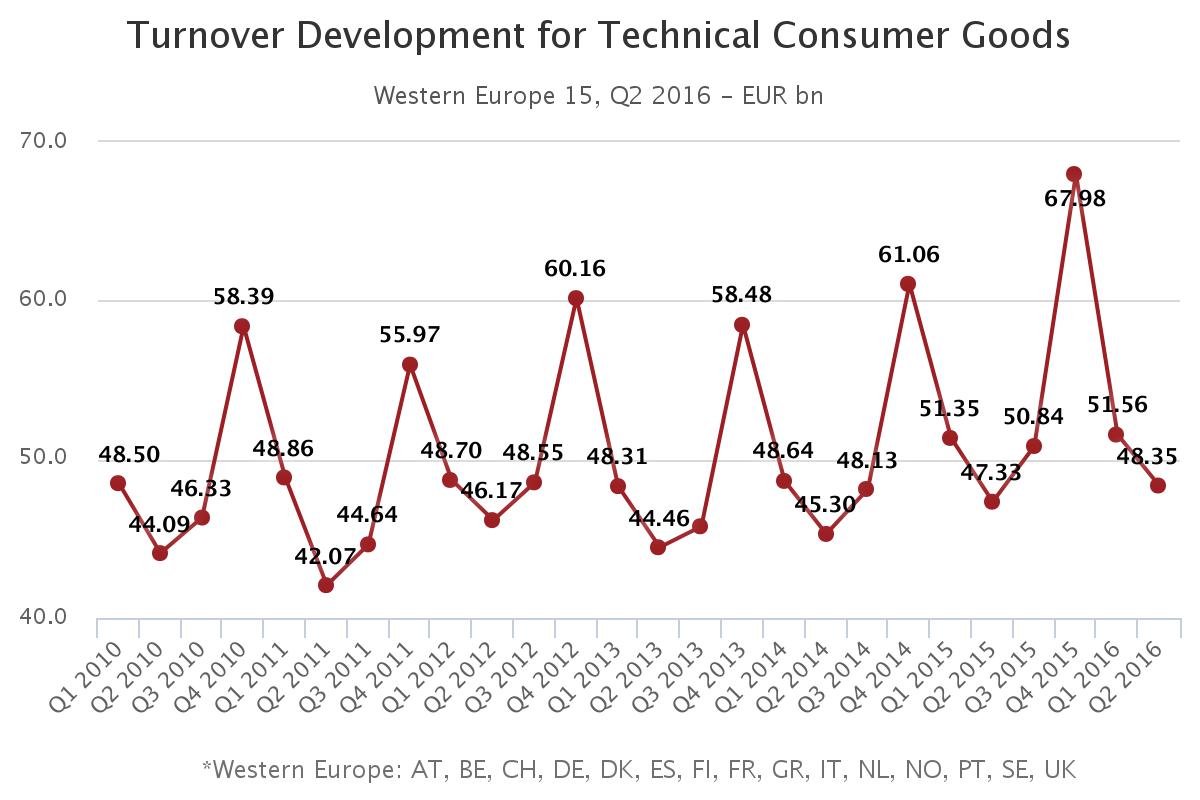