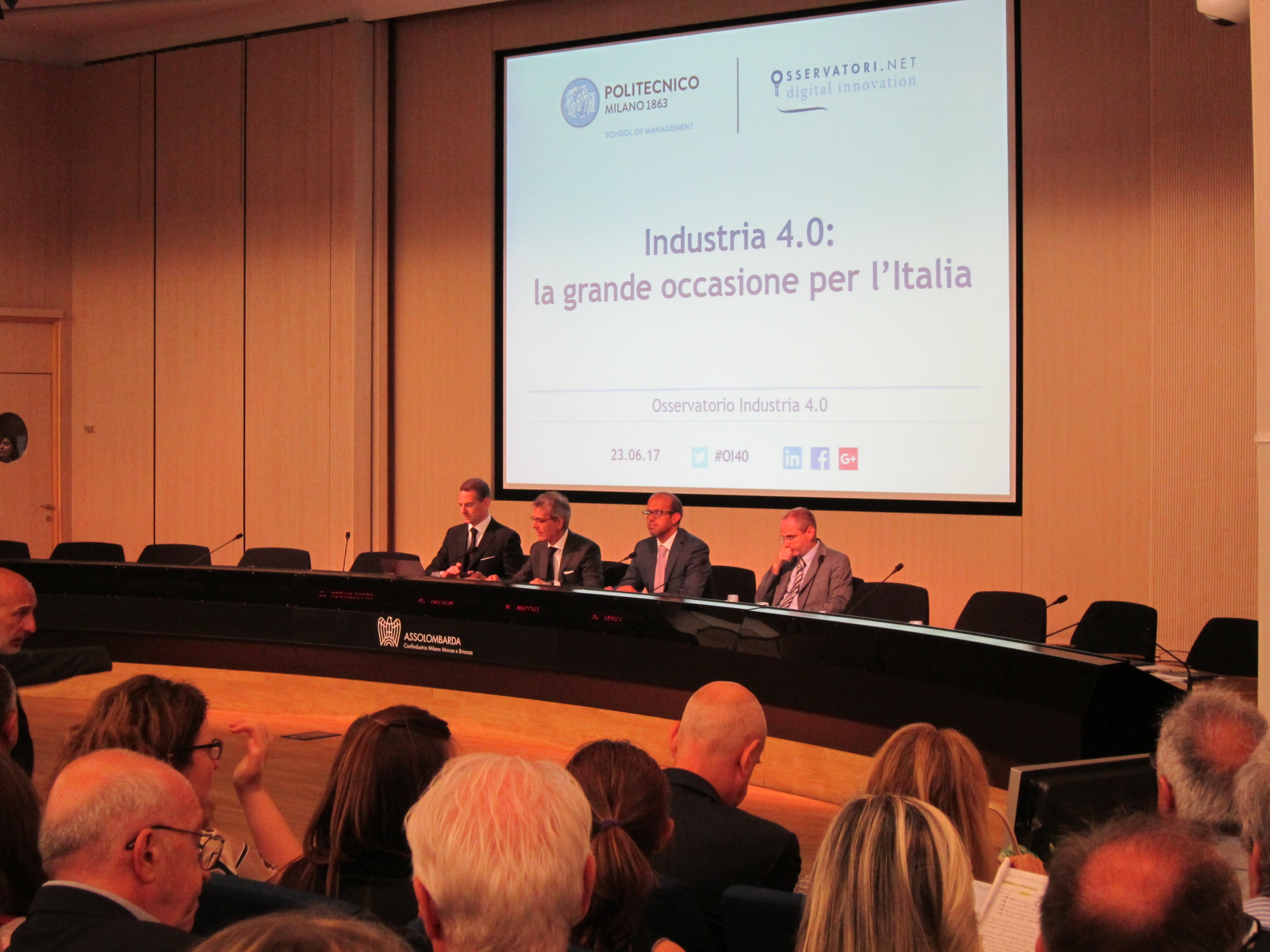 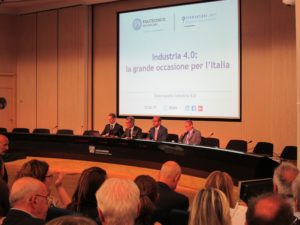 In Italy the market for Industry 4.0 projects is worth around 1.7 billion euros in 2016: in addition to this figure there are other 300 million euros in “traditional” projects for digital innovation. The market grows by 25%, although the true potential is still hidden because some companies have waited for the publication of the Industry 4.0 national plan in order to define the investments. For this reason, the expectations are even stronger for 2017. Looking at the first quarter of 2017, the companies estimate a 30% growth rate over 2016, and if these numbers will be confirmed at year-end, in two years Italy will have almost doubled its investments in digital transformation. These are some of the findings of the “Observatory Industry 4.0”, which have been realized by the School of Management of the Polytechnics Milan and presented during the conference “Industry 4.0: the great occasion for Italy”, held at Assolombarda in Milan. The Observatory showed a survey on a sample of 241 manufacturing companies. According to the research, the knowledge on Industry 4.0 is increasing: only few respondents don’t know the topic (8% vs 38% a year ago), 41% read articles online, 32% attended events on the topic and 28% are considering to do something, while another 28% have already begun to adopt some solutions. The fervor of the Italian scenario is evidenced by an average of 3.4 applications already adopted by each company, especially on Industrial IoT and Industrial Analytics technologies: 25% of the most active companies have already started 5 or more applications. Also the knowledge of the Industry 4.0 national plan is good: only 16% of the sample doesn’t know its characteristics. Besides, a quarter of the companies will benefit from the incentives by investing over one million euros. “The most important segment of the industry 4.0 market (63%, 1 billion euros) concerns projects for connectivity and Industrial Internet of Things – said Giovanni Miragliotta, director of the Observatory Industry 4.0 -, followed by Industrial Analytics (20%, 330 million euros), Cloud Manufacturing (9%, 150 million euros), and Advanced Automation (8%, 120 million euros)”. The interest in the Advanced Human Machine Interface is increasing, although today it represents only 1% of the market. The applications declared by the 241 responding companies are over 800 and they are distributed across the three business process areas: Smart Lifecycle (product development, lifecycle management and suppliers management), Smart Supply Chain (planning of the physical and financial flows) and Smart Factory (production, logistics, maintenance, quality, safety and compliance). At the conference also the Rold Group was present and illustrated his approach to industry 4.0.