Major Domestic Appliances
In the second quarter of 2017 the Austrian MDA market registered the strongest growth in value from built-in hobs. Besides, all product groups, except microwave ovens, developed positively in value.

Consumer Electronics
In the second quarter of 2017, the products that reached the best performances in the consumer electronics sector were docking/minispeakers + soundbars and set top boxes. But the absence of external driver led to declining the PTV market. 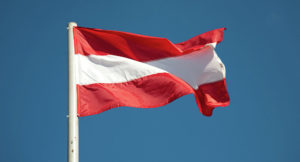 Photography
High priced system cameras were booming in 2017, according to the data communicated by GfK Temax. On the other side, the compact cameras registered a decline.

Information Technology
Gaming computing achieved a significant growth in Q2 2017; besides the large PC-displays were on the rise. Solid state drives, instead, recorded a drop in sales and there was a decline of AiO-desktops.

Telecommunications
Smartphones, thanks to the large displays, continued to grow and mobile headsets and screen protection ensured double-digit growth for mobile enhancements. On the other hand, the fixed net area remained in the “red”.

Office Equipment & Consumables
Laser MFD had a strong second quarter. The business ink printing, instead, registered a double digit decline and also the cartridges were in the “red area” in Q2 2017.