Major Domestic Appliances
In the fourth quarter of 2017, the wine cabinets and the cooker hoods were the “winners” of the period in the MDA segment, while the drink chillers, freezers and cooking categories struggled, pulling the sector as a whole into negative growth.

Small Domestic Appliances
SDA grows in the last quarter of 2017, driven by vacuum cleaners. Besides, the hair dryers, dental care, kettles, toasters and hot beverage makers all had a good quarter. On the opposite site, the hair stylers struggled.

Consumer Electronics
Positive trend was registered in TVs, video game consoles and audio home systems that led to overall growth within the Consumer Electronics sector. But the majority of categories showed a decline in revenue in Q4 2017. 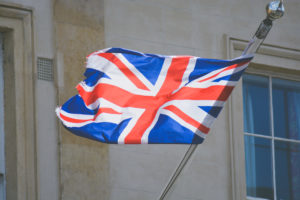 Photography
The imaging accessories was the only category within the Photography sector to show positive growth in the fourth quarter 2017. The photography sector’s revenue fell this quarter, with three out of the four categories showing negative growth.

Information Technology
In Q4 2017, the IT sector remained relatively flat compared to Q4 2016. However individual categories stood out with impressive growth, namely visual cameras. On the other hand, the Digital Assistants had a severe drop in revenue.

Office Equipment & Consumables
Binding systems and printers both showed high growth rates in Q4. But overall the Office sector failed to perform. However, ink jet cartridges and printers were able to reduce the impact of the general negative growth.