GfK Temax shows that the German technical consumer goods market contracted by 0.8 percent in the second quarter of 2018, compared to the same period in 2017. The market was affected by the negative trend in IT, but also other sectors, e.g. major domestic appliances, confirmed the break of a more than 10 years growth trend. On the other hand, double-digit value growth of Telecom offset most of the decreases in other sectors. The TCG market in Germany generated revenue of 13.1 billion euro in Q2 2018 and 27.7 billion euro in the first half year of 2018.

Consumer Electronics
Thanks to the Football World Cup, the PTV segment managed to grow slightly in value; there was high demand for TVs over 50”. Besides, an increase of the sales value of loudspeakers was recorded in Q2 18.

Photography
With decline in the digital cameras segment, interchangeable lenses are increasingly growing on its importance – now accounting for nearly 30% category share. Interchangeable cameras are declining less than the overall product group and show an improving but still negative trend.

Information Technology
This category presented robust growth for monitors due to a higher demand for bigger monitors (25” and more) as well as curved and gaming monitors. Keying devices (keyboards) had a robust increase, driven by both B2C and B2B channels. Besides, pointing devices achieved a value growth of 4%, mainly due to a rising demand for Stylus Pens.

Telecommunications
The contribution of the Telecom to the overall Temax index has further increased in the period April-June 2018. Smartphones accounted for very robust growth yoy. That is associated with shifting consumer demand for premium priced products and as part of that to large screen smartphones. These large screen smartphones with minimum 5.6 inch screens have for the first time overtaken standard smartphones when measured by sales value. Finally, the headset are the fastest growing segment followed by the core wearables. 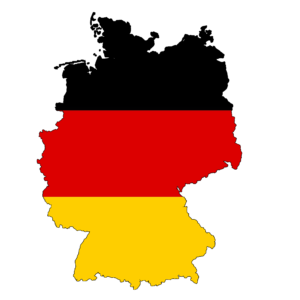 Here are the declining products:
Major Domestic Appliances
Most product groups are in decline compared to the previous year and Q2 is even more negative than Q1. The most negatively affected markets are built-in categories like hoods and cooking.

Consumer Electronics
Docking/mini-speakers generated fewer sales in Q2 2018 compared to the previous year’s period. Besides, a lower demand for set-top-box was recorded, which is mainly a result of the last year massive growth due to the transition to a new television standard (DVB-T2).

Information Technology
A drop in the revenue of communication devices was recorded, due to a weaker demand in the B2B channel. Besides, desk computing recorded a decline in Q2 2018 and mobile computing and media tablets decreased slightly.

Telecommunications
There was a serious double digit yoy decline in the standard screen smartphone segment with smaller than 5.6 inch screens.

Office Equipment & Consumables
The data show a decline for inkjet and laser printers within the consumer channels, and a slight revenue decrease for laser cartridges in both B2C and B2B.