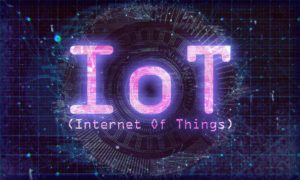 The “IDC Worldwide Semiannual Internet of Things Spending Guide” reveals that the Asia/Pacific region (Japan excluded) will be the global leader for the IoT spending in 2019 with around 35.7% of the worldwide spend, followed by United States of America and Western Europe with 27.3% and 21.2% respectively. China is the top spender in the region with $168.6 billion accounted for the year 2019 followed by South Korea and India with a spending of $26.2 billion and $20.6 billion in 2019 respectively. “In Asia/Pacific, there is considerable support and mandates from governments, such as PRC, South Korea, Taiwan, Hong Kong and Singapore, to promote the development of IoT across all major industries, particularly energy and resources, transportation, manufacturing, agriculture, government, healthcare, and retail. In PRC and Hong Kong, individual municipalities have embarked on Smart City zones oftentimes in cooperation with local universities and businesses – says Ashutosh Bisht, Senior Research Manager at IDC Asia/Pacific -. Willingness towards the implementation of 5G infrastructure will help to accelerate IoT growth of applications that will benefit from low-latency and more bandwidth such as video-centric applications”. According to IDC, the consumer market will be the third largest source of IoT spending in 2019, led by smart home and connected vehicle use cases. With the fastest five-year growth rate across all industries (17.8% CAGR), the consumer market is forecast to overtake process manufacturing to become the second largest source of IoT spending by 2023.