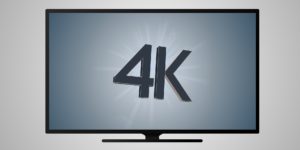 In the first half of 2019, GfK recorded total revenue of €44 billion for the global market for televisions. That is about 8 percent less than in the same period last year, partly attributable to sales related to the 2018 FIFA World Cup held in Russia. Global sales of a total of around 210 million devices are expected for 2019, a two percent decrease compared to 2018. In the first half year 2019, premium features in TV like 4K resolution and OLED technology sets increased their sales share. Simultaneously, the TV sound ecosystem has thrived. Looking at the first half of 2019 on a regional level, China with total sales of close to €8.5 billion is the largest market, closely followed by Western Europe. Turnover for TV sets increased in the CIS countries (+8 percent) as well as in the regions Middle East & Africa and Developed Asia (+1 percent). Turnover in the remaining regions decreased at a varying degree: China, the former global growth engine, stood out with a decline of 12 percent. Upscale TV technologies start to trickle down. With consumers increasingly inclined towards experiences rather than products, in the first half of 2019 TV sets with high-performance features increased their sales share. For instance, GfK data shows a year-on-year increase of 11 percent in TVs with 4K resolution. This year, GfK expects more than 100 million 4K TVs to be sold. The OLED display technology also enjoyed increasing market penetration in the first half of 2019, with up to an 11 percent turnover share in Europe and robust growth rates around the globe. In 2019, upscale TV technologies continued to trickle down into the lower price tiers, making for instance smart 4K TVs more affordable for mass market consumers and increasing competitive pressure. While in 2016 around 30 brands were selling TVs with 4K resolution, more than 70 brands have these devices on offer today. As a result, 4K is becoming the standard for today’s TVs. 8K went on sale in autumn 2018. At the moment, its average price of around €5,800 and the back-log of available content make it a true niche product. Although GfK’s consumer data suggest that people are in general very happy with the image quality of their newly purchased TVs, sound quality scores below-average on the sentiment score. This creates an opportunity for external speaker systems, notably soundbars, which promise a cinema-like sound experience in ever more versatile forms. So, while on the one hand consumers are spending less on their TV sets and average sales prices are decreasing, on the other, they are increasingly conscious about sound quality and are spending that saved budget on external speakers and soundbars. As a result, the turnover of soundbars has been increasing year-on-year, it rose by a further 7 percent.

The top of the Euromonitor International ranking