Today the electronics world has fully entered the appliances intended for the food production and for catering but the potential of this combination is still entirely in front of us: today we control machines’ correct operation and its compliance with manufacturing specifications and law provisions (security, food safety, HACCP). However, tomorrow we could ask information to interact one another to generate more safety along the entire chain. This future is called interoperability. 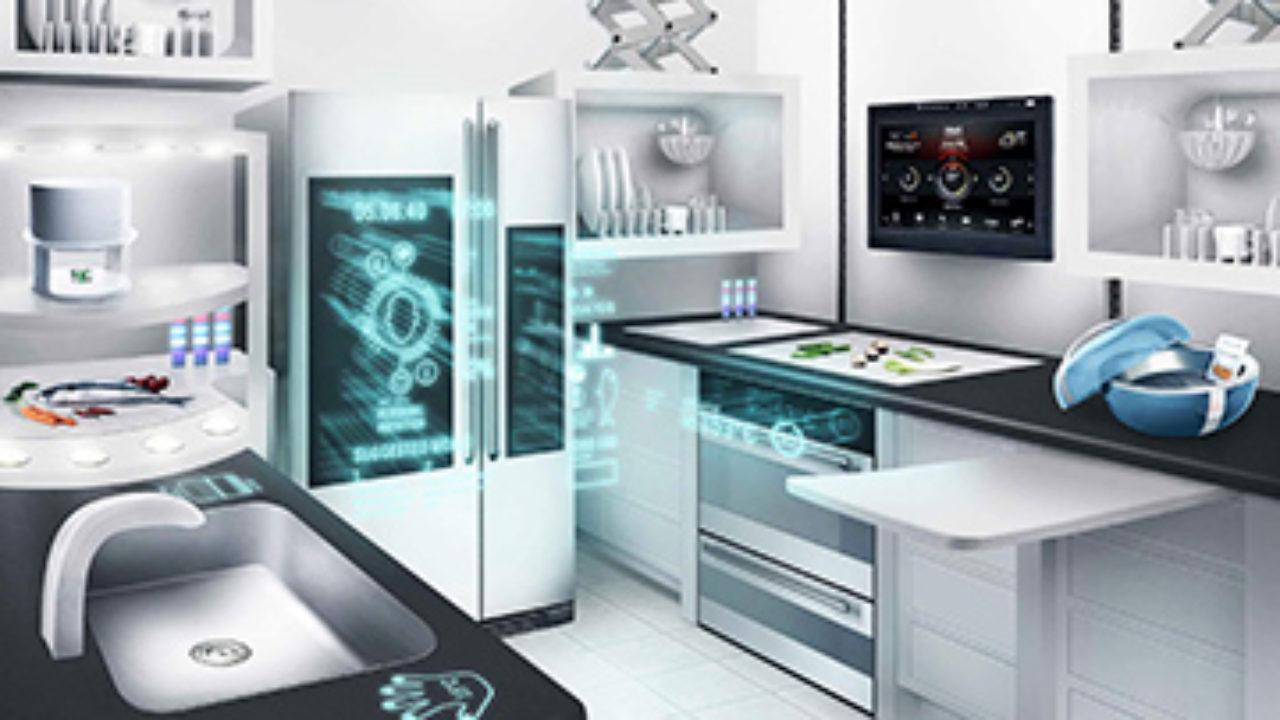 Today it is a fact that digital masters single machines and household appliances and that we can “control” them from remote, too, but electronics is becoming the discriminant variable between a new and an old appliance. Not only in its simplest dimension, the app one, but also in complex directions we want to explore to define the new horizons where industry moves in its research, especially in the definition of the directives that will give an even more permeating and substantial meaning to the contribution of bits and bytes, for a system that is more efficient economically and more efficacious from the point of view of the overall environmental sustainability.

Let us start from a concept: the manufacturing chain control. Players referring to multinationals are already implementing control systems that supervise the entire food conservation chain, from its “primary” stocking to the world of logistics in its different articulations and up to the distribution to end users. The target is clear, achieving a traceability that gives more consistency and coherence to the food safety practices demanded by the market. Electronics and computer technology are allowing the management of important information chains, which permit to certify the adoption of correct protocols of hygienic, organoleptic and nutritional product protection.

However, the food conservation is not the only valuable issue in the food management, from the soil to the dish, on the contrary: the temperature control aspect fully highlights a specific dimension that resides inside the meal processing and must be enabled by the involved equipment. A system implying a strict correlation of raw material conservation temperatures and of processing machines ones (just consider the temperature of the water introduced into vegetable washers or the starting temperatures of an electric oven) would diminish the thermal shocks that exert their own weight and incidence of the final quality of the food product. The electronic-oriented management would lead to establish a positive and “productive” correlation among determinant factors, such as the wetness in steam cooking conditions with the service conditions in distribution areas in environments like collective catering or gastronomy.

A field where this mechanism is already active, due to practical reasons, is the differed meal provided through vacuum cooking, an important dynamics we have already analysed in these pages, due to the benefits of waste reduction it allows, but anyway demanding for a chain controlled in the most integrated possible manner. This guides us to the core of the matter: interoperability is an outstanding achievement but it needs an important exacting cultural and technological shift indeed.

In other words, it requires that machines dialogue one another: that the reading of the data of a refrigerator communicates with the ones of an oven compartment and with those of a conservation counter or a transport container, to determine the traceability and the coherence of the system. What does this imply? The possibility that the system integrator, the software operator entrusted with the task of making machines talk one another, i.e. of making them interoperable, is allowed collecting data from the various machines and managing them. This in order to programme real processing cycles with regard to the result expected, managing conservation in frozen foods, defrosting, cooking, preliminary conservation to service and distribution according to coherent protocols and excellently able to protect precisely hygienic-sanitary, nutritional and tasting quality of the final product. 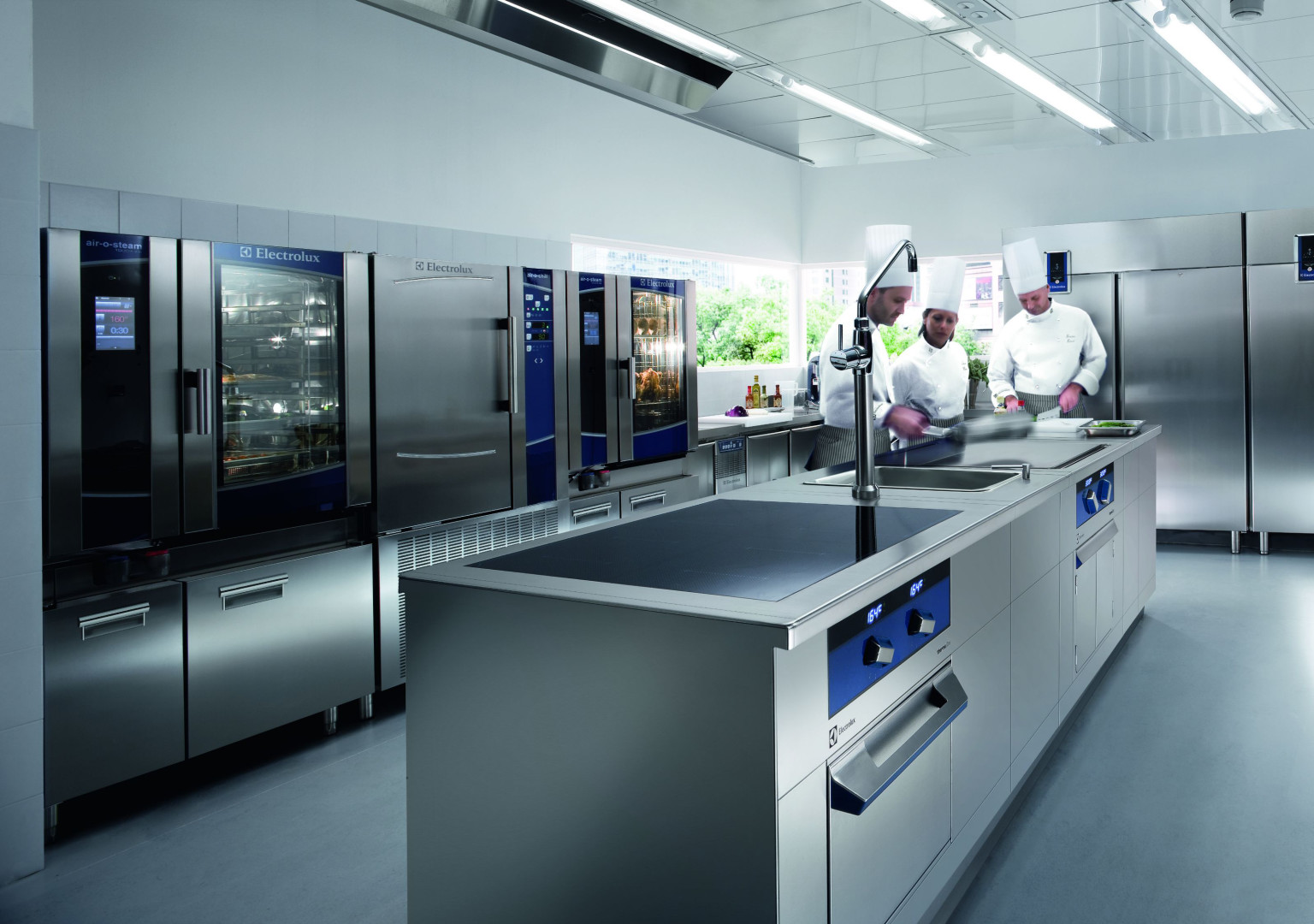 This means not only relying on data but allowing the temperature programming, designing work cycles, determining times and methods more rigorously, generating downstream, especially in situations of collective catering or of free service – like the ones of the more and more frequent gastronomy departments hosted also in BOD surfaces -, an operational flow of great value for the purchaser of no longer a single appliance but of a whole of mutually integrable instruments.

Interoperability is then subordinate to the creation of data that can be connected: languages must be univocal or anyway speaking one another, communicating and suitable for allowing the processing of information coming from different tools. This generates the need of surpassing a “proprietary” information concept, because it prevents the selection of the best appliances, even if from different brands, to make up one’s own set of equipment and it constrains to the adoption of tools supplied by the same manufacturer or by the same group and speaking the same language by definition, with all limits this can imply. Besides, it ousts all those specialists of single elements that are compelled to act almost like some Davids in a world of Goliaths, also limiting the free competition that often has been most fuelled just by specialization.

If this is the upstream aspect, and then also the most commercial one, there is also another aspect that calls for a consistent proactivity by that industry that is going to make a more and more massive, and at the same time prudent and profitable, use of electronics: customers’ education. Electronics is a factor whose adoption is hindered by two distinct, and at the same time coinciding, reasons.

The first is connected with age and a generational issue: non-digital natives deems electronics a difficult thing, even when it simplifies life, and only younger users seem to get more easily acquainted (even if not always …) with this new modality of using the appliances, produced by the digital integration into the tools to produce food and to cook meals. This is a first significant hindrance, which anyway might be “only” temporary and be overcome with the “takeover” by a generation of chefs, managers and owners of structures with a higher digital alphabetization, but there is also another kind of resistances.

This is more connected with a type of culture that sees cooking still linked with craft practices and operators’ sensitivity, a tradition that deems the chef as the master of the situation and recognizes an accessory role to technology, confining electronics (which is often seen as the access door to an “industrial” and “non-creative” vision of cooking) to marginal tasks. Well, we know this is false, because technology and even more electronics are enabling the refinement of cooking activities, not to reach standardization but the possibility of graduating processing differences and controlling their practical effects in concrete.

This kind of future does not question the genius of Carlo Cracco or of Joe Bastianich, but instead it allows them, and all those who emulate their “deeds” or are simply players in catering or in the food production intended for cooking, to benefit profitably from a new criterion and a new instrument, the machine control to control the finished product better.

The key components and technologies of Sharp UD-P20E-W dehumidifier

Whirlpool plans to integrate the Matter standard into its smart appliances