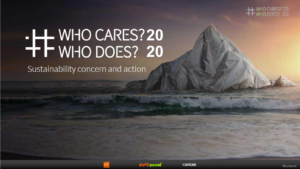 According to GfK’s #WhoCaresWhoDoes research on sustainability and environmental concerns, several consumers are changing their behavior due to the awareness of the environmental issues. Across Europe, one in three households (35%) have stopped purchasing certain products and/or services due to their negative impact on the environment or society. In Italy, for example, 30% say they avoid products with plastic packaging and 36% have stopped buying certain products and services due to their negative impact; a percentage that rises to 65% for the Eco Active segment, which includes the consumers most engaged by the environmental issues. With regard to the packaging, more than half of Italian households expect companies to provide packaging made with 100% recyclable material, alternative materials to plastic or biodegradable plastic. In addition, the research shows that 62% of Italians prefer to buy products from companies that show attention to the environment. Despite the pandemic, sustainability remained at the top of consumer concerns in 2020. Once again the young people make the difference, directing the household consumption towards a more sustainable approach. According to the GfK study, in Europe the family purchasing managers are influenced in their choices mainly by children (45%), followed by friends (42%), spouse (37%) and parents (19%). The opinions of younger family members matter more than those of politicians (14%), the media (13%) and celebrities (9%). Consumers believe that their purchases can make the difference: at European level, 3 out of 10 households prefer to avoid buying products with plastic packaging. The percentage of consumers trying to avoid plastic waste varies from country to country, but the Eco Active consumer segment is growing everywhere. At a European level, this segment reaches 24% and Germany is the country with the highest number of Eco Active consumers (38%). Ireland, Slovakia (25%), Spain (24%), Italy and Great Britain (both 23%) follow in the ranking. In some countries, in particular Spain and France, the Eco Active consumer segment recorded significant growth compared to last year. Another very relevant group are the Eco Considerer consumers (43% of the total at European level) which includes those who declare themselves concerned about plastic waste and who change their behavior sometimes, but who consider it important above all to have a stronger action by companies and governments.

European consumers and environmental issues:
how many Eco-Active are there?
(% Shopper –Data 2020 EU10)