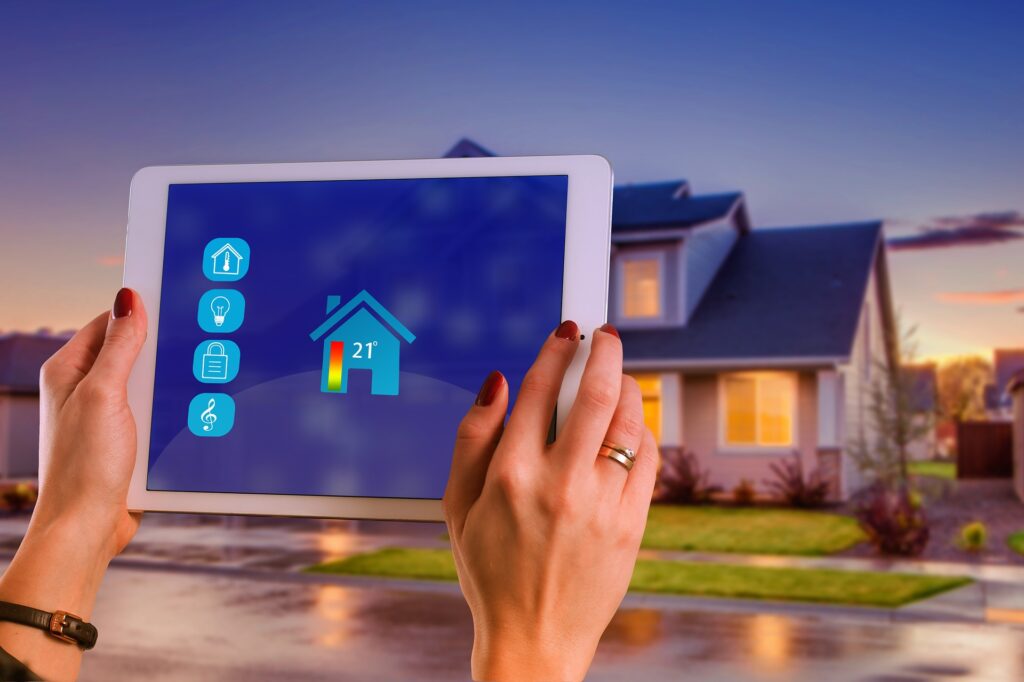 According to the latest data from the Internet of Things Observatory (Politecnico di Milano), 2020 was a “roller coaster” for the IoT solutions market for the smart home in Italy. The pandemic did not allow to confirm the growth trend that had been observed in recent years (+52% in 2018, +40% in 2019), even if the market held up overall, recording only a slight decline in 2020 (-5%) compared to the previous twelve months, settling at 505 million euros1 (8.4 €/inhabitant). In Europe, France and Spain recorded similar trends to the Italian market, while Germany and the United Kingdom saw a more significant growth. In absolute terms, Italy remains detached from Germany (€ 2.9 billion, +16% compared to 2019, € 34.9/inhabitant), from the United Kingdom (€ 2.8 billion, +10%, € 42.0/inhabitant) and France (€ 1.1 billion, +3%, € 16.8/inhabitant), while it is essentially in line with Spain (€ 420 million, +0%, € 8.9/ inhabitant).
In addition to the market data, two further trends were observed in 2020 that will shape the future of the smart home in the coming months. On the one hand, the servitization, i.e. the transition from the sale of hardware only to the offer of additional services, with new offers that provide for the activation of monthly subscriptions to archive the video recordings of the smart cameras on the cloud or the possibility of alerting a relative or activate an emergency service in case of danger for the elderly who live alone in the house. On the other hand, we have observed a progressive expansion in the ecosystem of companies that contribute to the development of new smart solutions for the home. In fact, 2020 saw the entry of new players in this market: from furniture manufacturers to large-scale distribution, from real estate to car manufacturers.

In addition to strongly altering the sales trend, the lockdown or semi-lockdown periods experienced over the last year allowed Italians to fully enjoy their home. This has favored the use of smart objects at home – in particular some types such as smart speakers and devices for heating and energy control – with 67% of consumers declaring that they “often” use the solutions purchased2, a figure that has grown steadily in the recent years (65% in 2019, 58% in 2018). Furthermore, the “staying at home” has made it possible to rediscover new habits such as the passion for cooking (43% of Italians cook more frequently), and new spaces, such as the possibility of having a garden or a balcony, with important repercussions on the types of smart objects that are most functional to the new way of living (for example kitchen appliances and air purifiers).
Besides, the pandemic has led on the one hand to a growth in the users’ “digital culture”, with more and more people surfing the web and conducting operations online. To give some examples, starting from March 25% of Italians have carried out more operations in online banking, while 34% have ordered the grocery shopping online for the first time or more often than before. On the other hand, the effects of Covid-19 led the Government to activate the so-called “Superbonus 110%”, a series of measures to support specific interventions on buildings, condominiums and independent houses. These incentives have not yet had a direct impact on the smart home market but have generated a cascading “pull” effect on other measures (“Ecobonus” and “Bonus Domotica” above all), which have primarily favored the sales of smart boilers, thermostats and air conditioners.
Together with the rapid growth of users’ “digital culture”, with an increasing number of people carrying out daily activities via the web, the perceived risks in terms of privacy violation are decreasing. If in 2019 54% of the Italian consumers were reluctant to share their personal data (an increase compared to the 51% recorded in 2018), in 2020 we saw a turnaround, with a share of “worried” consumers who stands at 45%. Despite these signs of openness, 57% of the respondents state that they still want to maintain the control of the connected devices in the home, and only 1 in 4 consumers would entrust their home to an “autonomous” management by smart objects through appropriate algorithms of Artificial Intelligence (AI).

1Turnover (excluding VAT) generated by Italian companies or with operational offices in Italy. The estimate does not include wired home automation systems and stand-alone Smart TVs, not connected to other smart objects.

2Source: CATI survey carried out by the Internet of Things Observatory in collaboration with Doxa, December 2020.