According to the World Robotics 2022 Report by IFR, China’s massive investment in industrial robotics has put the country in the top ranking of robot density, surpassing the United States for the first time in 2021. The number of operational industrial robots relative to the number of workers hit 322 units per 10,000 employees in the manufacturing industry. Today, China ranks in fifth place. The world’s top 5 most automated countries in manufacturing are (2021): South Korea, Singapore, Japan, Germany and China. “Robot density is a key indicator of automation adoption in the manufacturing industry around the world – says Marina Bill, President of the International Federation of Robotics –. The new average of global robot density in the manufacturing industry surged to 141 robots per 10,000 employees – more than double the number six years ago. China’s rapid growth shows the power of its investment so far, but it still has much opportunity to automate”. 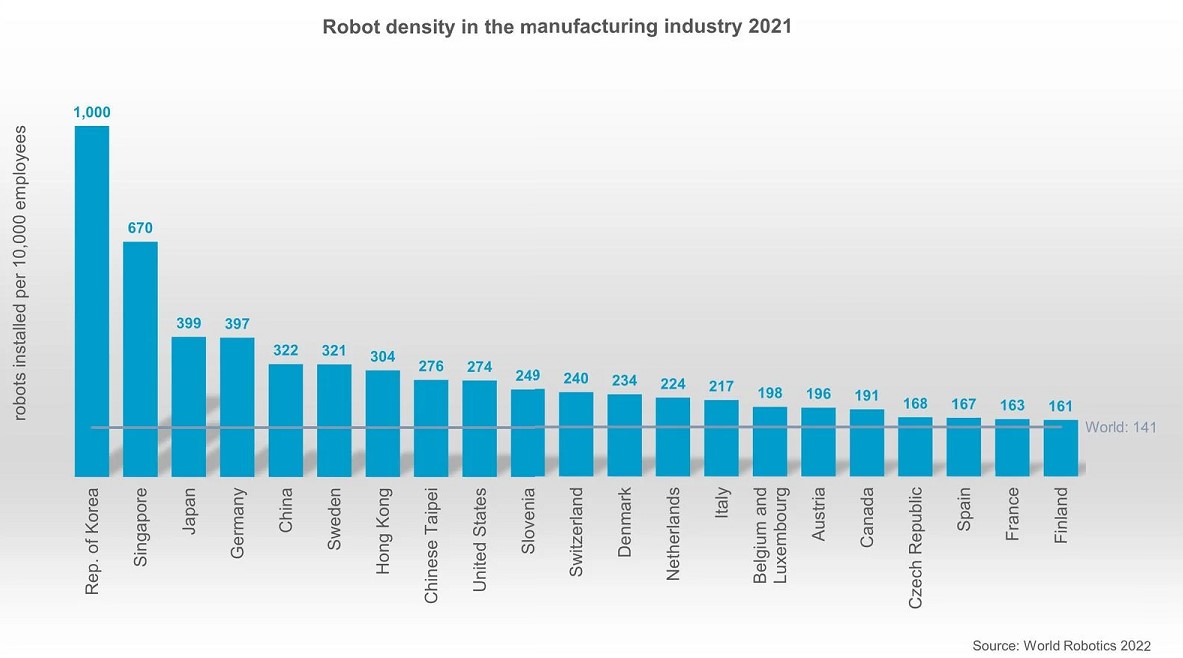