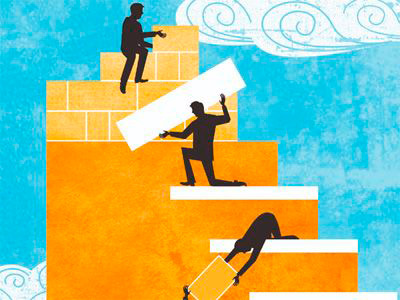 Effective measures of support to innovation to defend advanced technological areas, incentive to the dimensional growth, promotion of investments for the productive competitiveness and generation of added value to products. These are the contents highlighted by the General Assembly of Ceced.

In the suggestive frame of the Secretary of Bramante in “Santa Maria delle Grazie”, last February 25th it was held in Milan the Assembly of the Members of Confindustria Ceced Italia at the presence of Fabio De’ Longhi, president of Ceced Europe and of Giorgio Squinzi, president of Confindustria. In the course of the meeting Franco Secchi, Marketing manager of Indesit Company, was appointed president of Confindustria Ceced Italia in a very critical time for the sector, which has seen the halving of the household appliance production in Italy, in comparison with the peak scored in 2012.
During the same assembly, they also defined the following delegations to the Vice-Presidents of the Association:
Industrial policy and innovation: Manuela Soffientini, Electrolux
SME and industrialization: Fiorella Cometti, Copreci
Production chain projects and Expo 2015: Roberto Saccone, Olimpia Splendid
Corporate and inter-district networks: Amerigo Po
“Clean” market: Vladimiro Carminati, De’ Longhi
Antonio Guerrini, general manager of Ceced Italia, shortly traced the history of the Association, in whose success the Italian industrialists have contributed in determinant way, as on the other hand it is underlined by the fact that the Presidency of Ceced Europe is today entrusted to an Italian and that still an Italian acts as chairman of the European Federation of Catering Equipment Manufacturers (EFCEM). Among the recent initiatives undertaken by Ceced Italia, Guerrini reminded the presentation to the reference institutions of the Strategic Observatory on the household appliance industry, with a report entitled “Granting the future in Italy. The necessary actions”.
In this document, dated 2012, were listed the actions considered indispensable to maintain in Italy a strong and qualified presence in the sector of domestic and professional household appliances, which is today living a crisis of competitiveness. In particular, it highlighted the fundamental competitiveness factors for the industrial sector of household appliances. Nevertheless, despite the importance of this sector that in Italy contributes with 2.5 billion Euros in the assets of the balance of payments, the politics’ attention has been absolutely unsatisfactory, while the efforts borne by the household appliance manufacturers have been considerable, most of all in terms of investments in research and innovation.

Focus element
In his first speech after his appointment, the new president of Ceced Italia, Franco Secchi, declared that his main commitment in the association will consist in supplying the elements for a new medium-long term industrial policy that will provide for effective measures of support to innovation to defend forefront technological areas, to boost their dimensional growth, to promote the investments for the productive competitiveness and the generation of product added value. Besides, constant attention will be dedicated to favour the internationalization course of the member companies, recalling also the relevant authorities to a more careful control of the market with regard to the compliance with regulations.
The crisis that has struck the sector, further added Secchi, has not ended and for this reason it is necessary that politics actively takes care of the most urgent measures to revive the manufacturing industry, of which the household appliance sector is an important component. Confindustria submitted precise and immediately feasible proposals towards this direction, in reaffirming the central role of enterprises for any possible development programme.
In his turn Fabio De’ Longhi, president of Ceced Aisbi (Europe), stated that Italy, in the present competitive European context, can find a new and different future only betting on the innovation of its products and processes, in order to gain a position of high competitive level. Europe, in its turn, has set an ambitious reindustrialization target, as it intends to increase the industrial contribution to the GDP from the present 15.6% to 20% in 2020. This calls for adequate policies. Even if it is unlikely that Italy can recover the productive levels of the early years of this century, the match of the economic recovery is not lost, provided that we aim at the attainment of excellence on all competitiveness fronts.

A fundamental sector
Also Giorgio Squinzi, president of Confindustria, underlined the importance of the household appliance industry in Italy, a sector that has been an emblematic element of the manufacturing development starting from the Fifties, thanks to great entrepreneurs that were able to generate innovation in products, in productive processes and in the intelligent use of materials.
In the last 15 years, however, the Italian GDP has not grown and today the situation is dramatic, with the loss of the manufacturing product by 25%, while the building sector, in comparison with 2007, has been affected by the 50% shrinkage. We can anyway reverse the trend and start growing again. Confindustria has set the target of a growth of the gross domestic product by two percentage points per year, with a consistent rise of the contribution provided by the manufacturing industry, which from the current 16% should reach 20% of the total. But to attain this result it is necessary to carry out various structural reforms, for which Confindustria has presented an array of proposals to the Government.

THE REALITY OF CONFINDUSTRIA CECED ITALIA

Total number of both direct and indirect employees: 130,000

First industrial European sector by quality together with Germany

Decisive weight in the energy balance with 40% of electrical consumptions