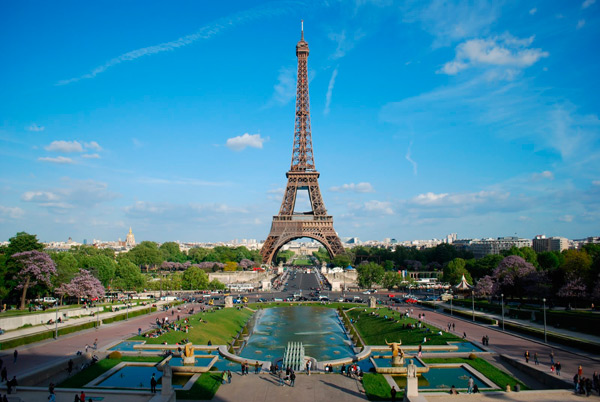 Positive trend for the majority of the main household appliances and great attention paid to sustainability. These are the trends that come from beyond the Alps.

“For the second consecutive year the household appliance market releases stable results. Sales have reached about 15 millions of big household appliances and 42 millions of small ones, for a global turnover of over 7.6 billion Euros, with the 0.4% growth. These figures confirm the solidity of the sector, open to innovation”
With this short release it is opened the yearly report of the trade association Gifam; it clearly summarizes the situation of white goods in France in 2012.
The nation beyond the Alps is important for Italy for two reasons: on one hand in 2012 it was the second destination of the Italian export of white goods, on the other hand its market is second in Europe by dimension.
As a matter of fact, in the first 11 months of 2012 France absorbed 13.9% of Italian exported household appliances against 14.0% of Germany. Besides, the related per capita expenditure of French consumers was 122 Euros per head for white goods, against about 125 of German ones.

Sales and diffusion rate
In the table that shows the sale trend in the last year it is possible to notice that 7 among the 10 big appliances examined show a positive trend; we go from 4.0 % of cooking hobs to 3.7% of dryers and 3.1% of built-in ovens to 0.7% of dishwashers and 0.3% of microwave ovens.
The trend was on the contrary negative for 3 products: traditional cookers, freezers and refrigerators. The negative trend has been negative since the previous year for the first two and can be explained; the traditional cooker is increasingly replaced by built-in solutions while the freezer has to face refrigerators’ competition, as they are equipped with increasingly spacious frozen food compartments.
In conclusion: “Consumers unanimously appreciate ecologic appliances, which offer a high comfort in use” affirms Gifam.
In 2012 the global growth for small appliances was by 0.8%. The market, then– in the opinion of operators– has stabilized. The successive table reports the figures for 12 appliances, which are deemed the most significant. 6 of them feature a positive trend, 6 a downturn. Among the first stand out toasters, filter coffeepots (not espresso) and shavers, among the second irons, hair dryers and fryers. GIFAM comments the situation with the following words:
“Innovative products for demanding consumers …the appliances that draw inspiration from the professional world seduce French people, both in the kitchen world (robots, kitchen machines), and in ironing (steam plants, active tables), and in the bathroom (hairdryers with AC motors, light-induced epilators). In any case it is worth noticing that the boom of the espresso, according to the Italian model, seems already ended: French consumers return to the more traditional and less strong boiled coffee with the filter system.

Brown goods
The surveys of the trade association Simavelec highlight that in 2012 they sold in France about 9 million TV sets and as many DVD readers, besides 8 millions of portable audios and 2.5 millions of hi-fi systems. They are summed to 24 millions of pieces or components purchased separately.
The global value was by about 4.8 billion Euros, still in final prices. TV sets represent about 70% of it. In comparison with 2011 no relevant variations occurred.

Prospects
In France the household appliance sector “resists well”, despite the general crisis, whose effects seem anyway quite limited for the economy of the Country. In the current situation consumers are still fairly quiet.
In a similar context positive developments are not obviously expected from the sector in the current year, but to maintain the sale level of 2012 seems an attainable target. Also stability constitutes a positive datum for the year in course.

The LG-Nielsen survey on the innovation at home