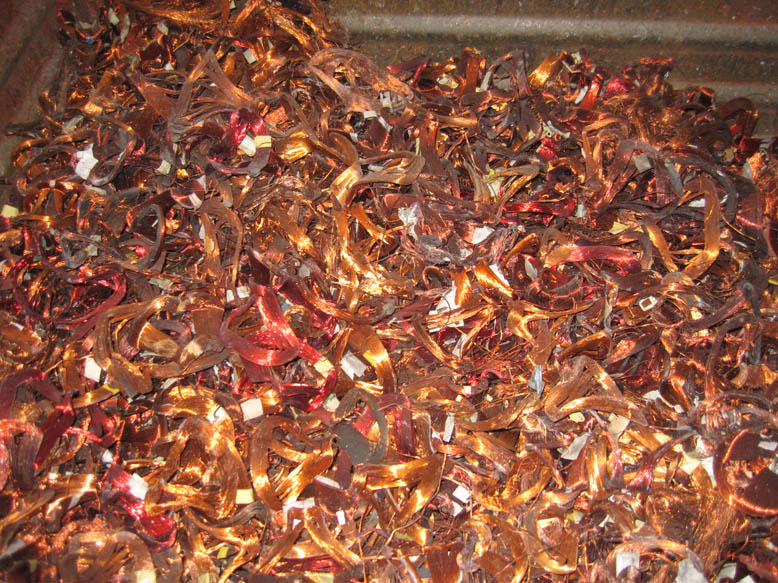 The new President of Ecodom Alberto Borroni, newly elected to the guidance of the first Italian Consortium for the recycling of Weee, takes the floor. On the agenda the further improvement of the environmental, social, and economic performances of a system acknowledged as best practice on a world scale.

Turnover in the management of Ecodom (Italian Consortium for the recovery and recycling of household appliances): since last October Alberto Borroni has been the new President and succeeds Paolo Zocco Ramazzo. Alberto Borroni, 52 years old, a degree in Business Economics at the Bocconi University in Milan, is managing director of BSH Elettrodomestici, leader company on a world scale in the production of household appliances and among the founder associates of Ecodom. Employed at BSH Elettrodomestici since 1991, Borroni has contributed in the company incorporation always holding roles of primary responsibility; since 1995 he has assumed the role of CFO and since 2001 also the present one of managing director. Member of the Board of Directors of Ecodom since 2004, year of its establishment, Borroni has followed and shared all the steps that have led the Consortium to be today the first collection system in terms of quantities of treated Weee (with over 30 percent in weight of the total managed by the national Weee system) and a model for the management of Weee acknowledged also abroad as a best practice in the “Green Economy” sector. We asked him what are today the prospects and the scenarios for the collection, management, reuse and recycling of Weee.

President Borroni, how do you judge the collection system of Weee in Italy today?
The Weee System established in Italy by the producers of electrical and electronic equipment through collective systems, has taken enormous steps forward: in 2008 the Weee collected and treated in correct manner from the environmental point of view were 80,000 tons, today we have reached 240,000. Our Country relies on a system that represents, from the point of view of treatment quality and service widespread diffusion, an excellence on international scale, studied abroad as reference model. Italy, then, has built an effective and efficient system, able to manage much bigger quantities of wastes than current ones: for this reason, it is necessary to increase the quantities of collected Weee. Italy, with a per capita amount of 4 kg per year collected and correctly treated, ranks in fact only sixteenth in the European list, still distant from the most virtuous Countries and, most of all, from the new targets set in European ambit by the new Weee Directive, corresponding to about 12 kg/inhabitant yearly within 2019.

What role does Ecodom play?
Ecodom is currently the first Italian collection system, having managed about 72,000 ton Weee in 2012, 30.2 percent, in terms of weight, of all those collected in Italy (56% refrigerators and conditioners, 62% washing machines, dishwashers, hoods, ovens, water heaters, 1% small household appliances, consumer electronics, computer industry, lighting appliances). Ecodom plays a role of crucial importance for various stakeholders: for associates, which through Ecodom fulfil in efficient and effective way the obligations imposed by the regulation about the Weee management; for local administrations, which on behalf of citizens, must grant the correct treatment of WEEE according to the policy of the utmost protection of public health as well as of the saving of common resources; for the economic players of the chain that, together with Ecodom, give birth to a system based on the recovery of resources instead of their consumption (not sustainable in the long term) and on the research of increasingly “clean” technologies, pursuing the highest economic and environmental efficiency.

Do you feel that this role is recognized?
Yes, certainly, and not only at national level. In Community ambit, for instance, shortly after its setup Ecodom joined the Weee Forum, association that today groups about forty of the most important European collection systems for the collection and treatment of Weee. Since then the Consortium has always taken part in work teams promoted by this association. In particular in the Weeelabex project, which has developed new European quality standards for the collection, the transport and the treatment of the various typologies of Weee, as well as a reliable and structured assessment modality of the compliance with those standards. Finally, I would like to remind that, on the occasion of the conference about the sustainable development (Rio+20) in June 2012, the Consortium was included in the category of the Italian best practices in the “Green Economy” matter.

Nevertheless, despite the excellence reached by the Italian Weee system and by Ecodom in its ambit, our Country – as you mentioned – is back in the European collection ranking. Why?
First of all we are facing a cultural problem, which concerns the scarce bent of us, Italian citizens, for the separate collection of worn-out electrical and electronic equipment, especially of the smallest ones. The second problem resides in the collection modalities of this typology of wastes, still inadequate in some areas of the Country. The third problem is represented by an excessively complicated regulation that discourages, instead of encouraging, virtuous behaviours. The fourth and last problem concerns the dispersion of Weee: in many cases these wastes do not pass through the “formal” Weee system but they are intercepted by subjects that aim at maximising their profit, regardless of the environmental criticality that derives from an incorrect treatment. In view of the imminent transposition of the new EU directive on the matter, Italian legislators should seize the opportunity for approving a less complicated law than the one currently in force, favouring virtuous behaviours, with a clear identification of responsibilities and of the funding modalities of Weee recovery and treatment activities.

What contribution has the Consortium given and is it going to provide for the improvement of the system?
Since 2008, its first year of activity, Ecodom has demonstrated that it is possible to manage Weee excellently from the environmental point of view and efficiently from the operational and economic point of view. Two examples regarding that. As far as environmental performances are concerned, if in 2012 Weee that escape the “formal” system had been managed with the same standards of treatment quality adopted by the suppliers of Ecodom, the emissions of CO2 in the atmosphere would have been reduced by 1.8 million tons, corresponding to the quantity of CO2 absorbed in one year by a wood as large as the Ancona province (almost 2,000 km2), and we would have saved energy almost amounting to 1 million of GJ, equivalent to the energy consumption of one year of Siena province inhabitants (270,000 people). Talking about the economic performance, Ecodom was the first Consortium that suspended, starting from April 2012, the application of Weee eco-contributions to the new electrical and electronic equipment, making available the benefits of its operational improvements for consumers. Ecodom will keep on doing its work, further improving the already high environmental, social and economic performances, accomplishing with efficiency and efficacy the mandate of its associates and thus providing a concrete contribution to the solution of the problems affecting an important sector of the recycling world in Italy. We ask that the experience gained in six years of activity, and which is unanimously recognized to us, is taken into due account to protect the environment at best and to consolidate the prospects of a relevant sector of the national “Green Economy”.

How is the collaboration of the Consortium with territorial operators and public administrations changing: is the Country system gaining awareness about this theme? And how is Ecodom going to operate in this ambit?
The first link of the Weee chain is fundamental for the success of the whole system: by law, in fact, the Weee collection and the management of ecologic isles is entrusted to local bodies (or to the companies that take care of urban wastes on their behalf): as I reminded before, the possibility that our Country reaches the ambitious collection goals fixed by the new directive depends on the availability of adequate collection systems and on the accomplishment of information campaigns for citizens.

Concerning the first issue, in some geographical areas we still notice structural deficiencies and ineffective collection models.
We have done far too little indeed for the information matter until now. In collaboration with Legambiente, for some years Ecodom has been promoting the “Raeeporter” campaign, inviting citizens to send the photos of Weee abandoned along roads, in ditches, along the banks of rivers to the site www.raeeporter.it. The Consortium sends then the received reports to competent local bodies so that they provide for the removal of Weee: the collaboration of local bodies has been generally good. More recently, the Weee Coordination Centre (joined by Ecodom together with all other collection systems) and Anci – in the ambit of the programme agreement that defines the relationship among the parties – have launched a communication initiative called “Raee@scuola” (Weee@school). I think that these are examples that public administrations should imitate to explain the importance of the separate collection of Weee to all citizens.

The Weee recycling world more and more often winks at art and design: might it be a way to boost a sustainable approach to the matter of the collection and recycling of electrical and electronic wastes?
The art language can undoubtedly succeed in communicating the importance of the separate collection and of the recycling of Weee. Ecodom has always been aware that “recycling” means to discover new ways of using waste materials and of giving them a second life. Ways that are mediated also by art. For this reason over the years we have established important collaborations: from Michelangelo Pistoletto, who performed the work “I Temp(l)i Cambiano” (Times (temples) change), with washing machine drums and refrigerator coils, to the photographer Mario Guerra, author of the photographic exhibition “Materia – Design Andata e Ritorno” (Matter – Design Roundtrip), who portrays the different stages underwent by the matter composing household appliances.

Elica: new appointments in the Cooking and Motors business units