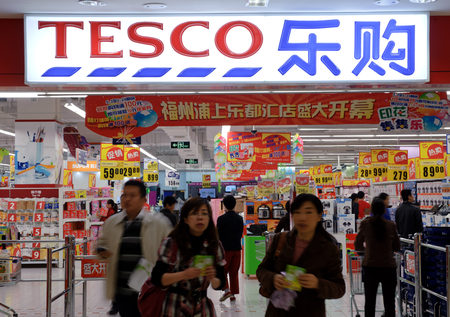 GfK Temax shows that the technical consumer goods (TCG) market in China reached ¥284.9 billion in the second quarter of 2014, a fall of 0.4%, when compared to the same quarter in 2013. The small domestic appliances sector was ranked at the top, with an increase of 37.1%. However, sales in the photography sector declined by 32.5% year on year. 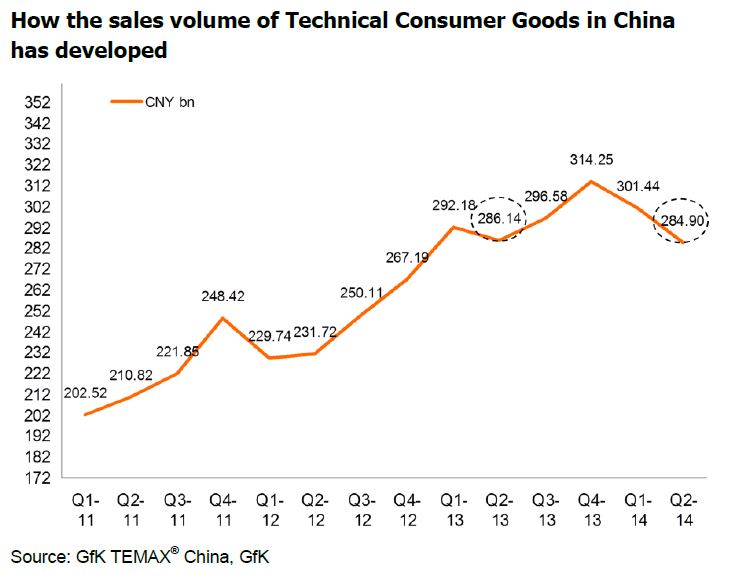 Small domestic appliances*: good performances
In the second quarter of 2014, the SDA sector reached ¥9.0 billion, an increase of 37.1% over the same period last year. The vacuum cleaners segment grew quickly. Smart robotic cleaners were the most popular and many new models have been launched. Juicing machines remained an active market. More and more domestic brands have entered the low end of the market, while foreign brands have entered at the high end and competition between brands was intense. Other categories in this sector also performed well.
*Air conditioning products have been excluded from the SDA sector and figures have been reworked for previous years. GfK China started tracking new SDA products as of Q1 2011.

Telecommunications: steady growth
In Q2 2014, overall sales in the Telecommunications sector reached ¥138.52 billion, a rise of 5.1%, compared with the same period in the previous year. The growth rate of the mobile phone market remained steady. As subsidies from Telecom operators decreased, the offline channel sales volume was nearly the same as last year. However, online channels performed well and attracted more domestic brands.

Major domestic appliances: lack of positive factors
The sales value of the MDA sector was ¥41.2 billion in Q2 2014 and growth was recorded at 1.4%. The MDA market faced a macroeconomic slowdown and limiting regulations in the real estate market. In addition, there was a lack of incentives in the market. As a result, the growth rate of the washing machines and refrigerators sectors decreased significantly.

Consumer electronics: progress on Ultra HD TV
In Q2 2014, the market size of the CE sector was ¥40.66 billion, declining by 7.6%, compared to the same period last year. The Panel TVs market declined following the end of the incentive policy. However, the development of Ultra HD TV and the recovery of the low-tier market injected vitality into the TVs segment.

Photography: diversified development
In Q2 2014, the value of China’s photography sector amounted to ¥4.76 billion, a fall of 32.5%, compared to the same period last year. Facing falls in the digital cameras market, manufacturers responded to the challenges. More products with outstanding functions, devices with better designs and simpler operation were launched, showing the diversified development in the digital cameras market.