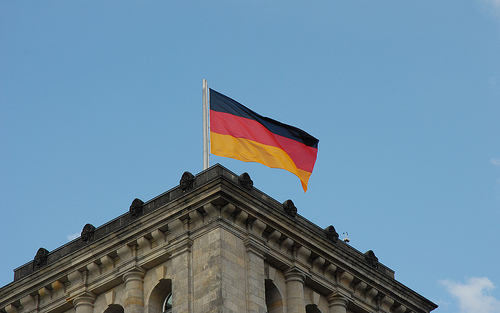 As reported by the ZVEI Business Cycle Report (July edition), after high growth both in March and April new orders of the German electrical and electronic industry have missed their pre-year level by 4.6% in May 2015. However, one year ago they had increased with a twodigit rate. While domestic bookings sagged by 9.5% in May of this year, overall foreign bookings didn’t change at all. New orders from the euro zone picked up by 5.1% (year over year), but customers from third countries booked 2.7% less. For the full period from January through May 2015 a rise in new orders by 3.7% (again year-on-year rate) was recorded. Here domestic and foreign clients booked 0.8% and 6.3% more than a year earlier, respectively (euro zone: +3.9%, non-euro zone: +7.8%). 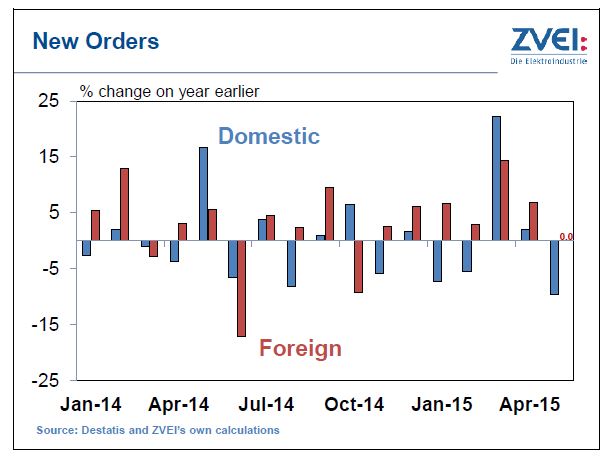 Production
Production – adjusted for price – of the domestic E&E industry’s companies has declined markedly by 6% (year over year) in May 2015. However, the report shows that this year’s May had two full working days less than last year. Between January and May of this year real output was slight 0.7% down on its pre-year level. In this connection – the report explains -, when it published the figures for May the German Statistical Office retroactively also revised down sharply all monthly figures from January through April. The production plans of the sector’s firms have – on balance – been set back in June of this year. 17% of the companies plan to increase their output in the next three months to come. 78% intend to maintain their current production level, and only 5% want to curb it. 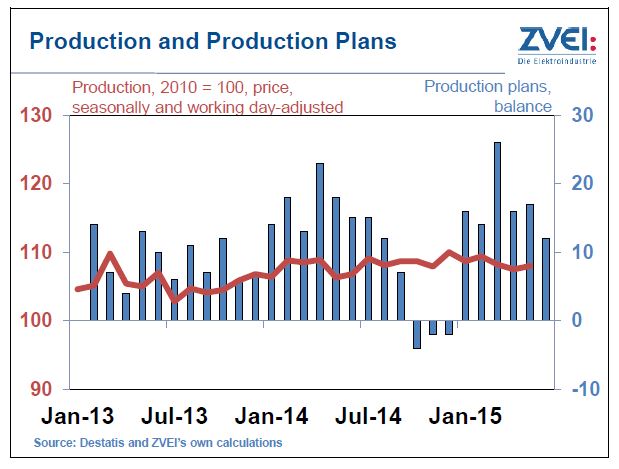 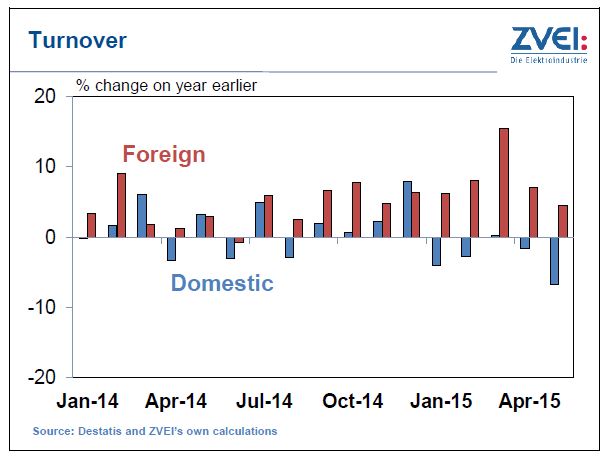 Business climate
The business climate in the German E&E industry has declined slightly in June of this year. In doing so, the companies’ expectations for the next six months to come weakened comparatively more than their assessment of the current economic situation. Now 35% of the sector’s firms evaluate their present situation as good, 55% as stable and 10% as bad. At the same time, 26% of the companies reckon with rising, 67% with steady and 7% with decreasing businesses in the coming six months. The share of firms with positive expectations exceeded that of companies with negative expectations by 19% in June. However, back in May the key figure had come to 25%. Export expectations in the sector have slightly slackened too in June. It was their third decline in a row. Nevertheless, all business climate indicators are still clearly in the positive range. 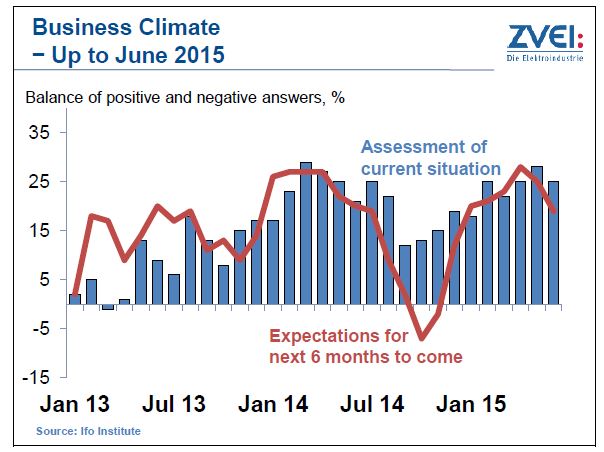