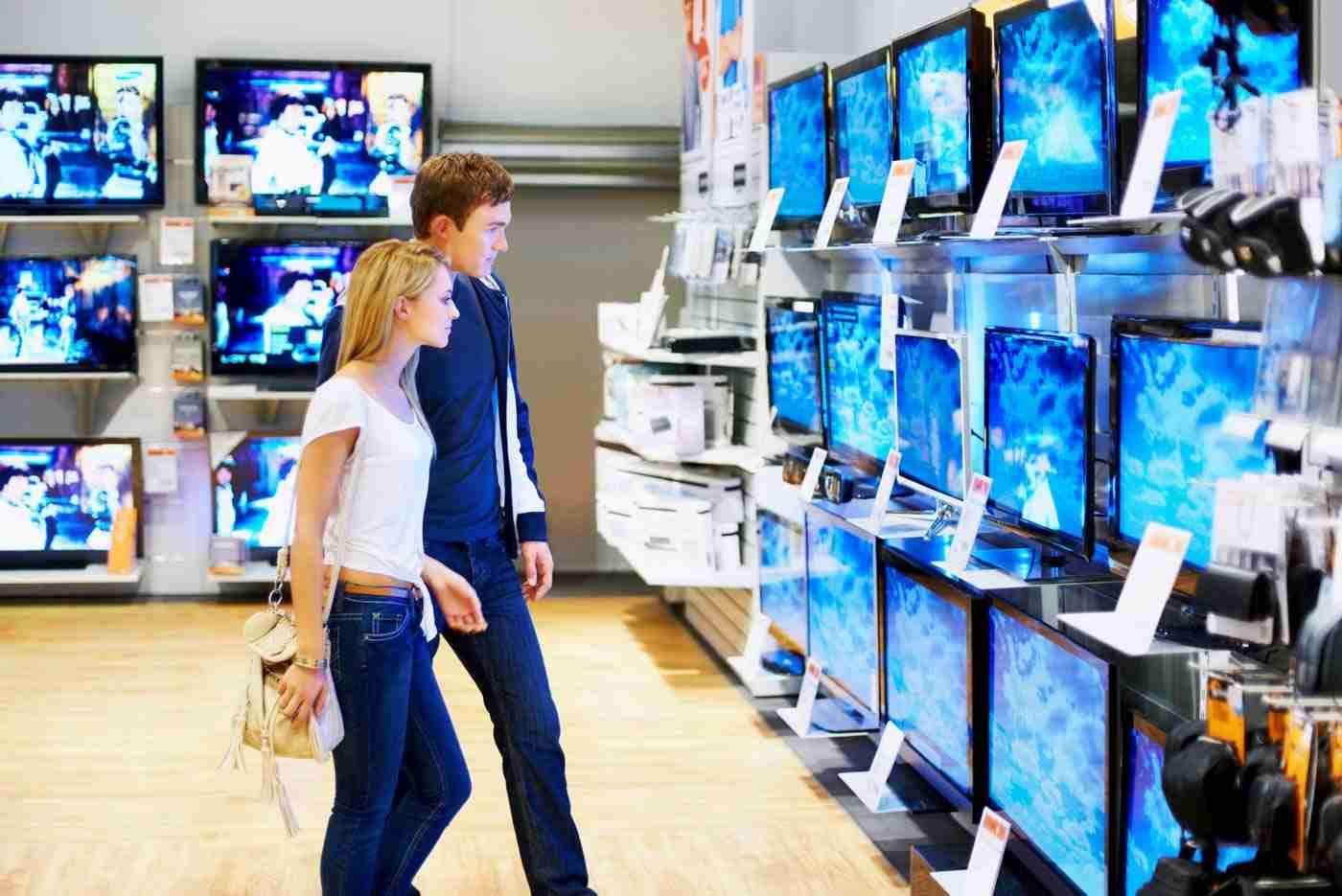 In the first quarter of 2016, the Western European technical consumer goods market remained stable, with a mixture of ups and downs in the seven sectors, compared to Q1 2015. The data published by GfK Temax indicate that there were sales value increases in the major domestic appliances, small domestic appliances and telecommunications sectors. In all other sectors sales value declined, although very marginally. The overall TCG market in Western Europe generated 50.8 billion euro in the first quarter of 2016. 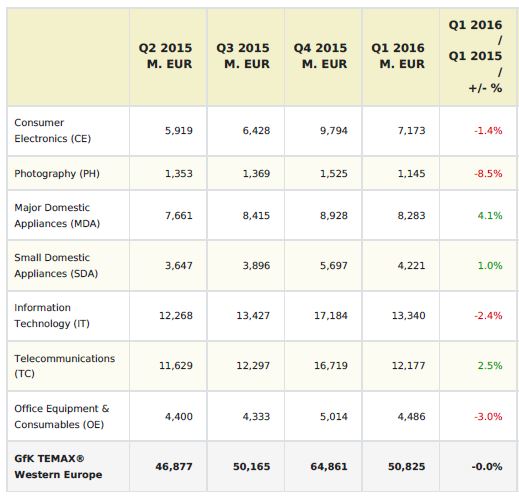 Small domestic appliances
In the first quarter of 2016, the SDA sector registered a modest increase of 1 percent, compared to Q1 2015. There was a double-digit increase in the Danish market compared to last year`s Q1 (up by 14.8 percent). The overall value of the SDA sector in Western Europe was 4.2 billion euro in Q1 2016.

Consumer electronics
The CE sector remained in negative territory in Q1 2016 – down by 1.4 percent, compared to the same quarter in 2015. There was significant value growth in France as TV broadcasters switched from standard-definition television (SDTV) to high-definition (HD) signals. This stimulated demand in the TVs category. Video game consoles, loudspeakers, and docking mini speakers all achieved double-digit growth in Q1 compared to the same period last year. For European consumers, using gaming devices and products for listening to music became more common than watching TV. 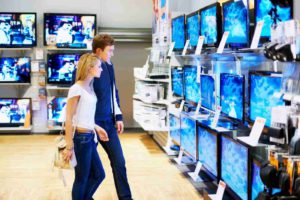 Photography
In Q1 2016, the photography sector was worth 1.1 billion euro – down by 8.5 percent on the same period in 2015. Fixed-lens devices registered a double-digit decline, down by 16 percent in value terms compared to Q1 2015. High-value products, such as interchangeable-lens cameras and single lenses, registered a fall of just 7 percent.

Information technology
IT was the Western European market’s biggest sector in Q1 2016 – worth around 13.3 billion euro – although it was slightly down on the same period in 2015. In Greece, the sales value declined 38.1 percent, compared to Q1 2015. Core IT categories continued to struggle, although the mobile computing products segment did well, supported by sales of convertibles and computing tablets. Larger models and desktop computing products were down in terms of value growth. Finally, media tablets continued their decline, and the limited growth of hardware products had a detrimental effect on sales of peripherals.

Telecommunications
In Q1 2016, the TC sector rose by 2.5 percent, compared to Q1 2015. With a value of 12.1 billion euro it is the TCG market’s second largest sector. There was mixed success in the smart and mobile phones market. Several territories suffered from the market saturation of smartphones – including Denmark, Spain and Greece. On the other hand, the UK, France, Italy, and the Benelux countries enjoyed sales value growth. Wearables are a growing product group in the TCG market. In some instances, sales value growth of more than 100 percent has been reported.

Office equipment and consumables
With a decline of 3 percent in Q1 2016, the year started badly in the OE sector, compared to the same period in 2015. There was a small fall in demand for printing hardware, while inkjet multifunctional devices (MFDs), inkjet cartridges, and laser toners also lost market share. Only sales of laser MFD (color) printers continued to increase. 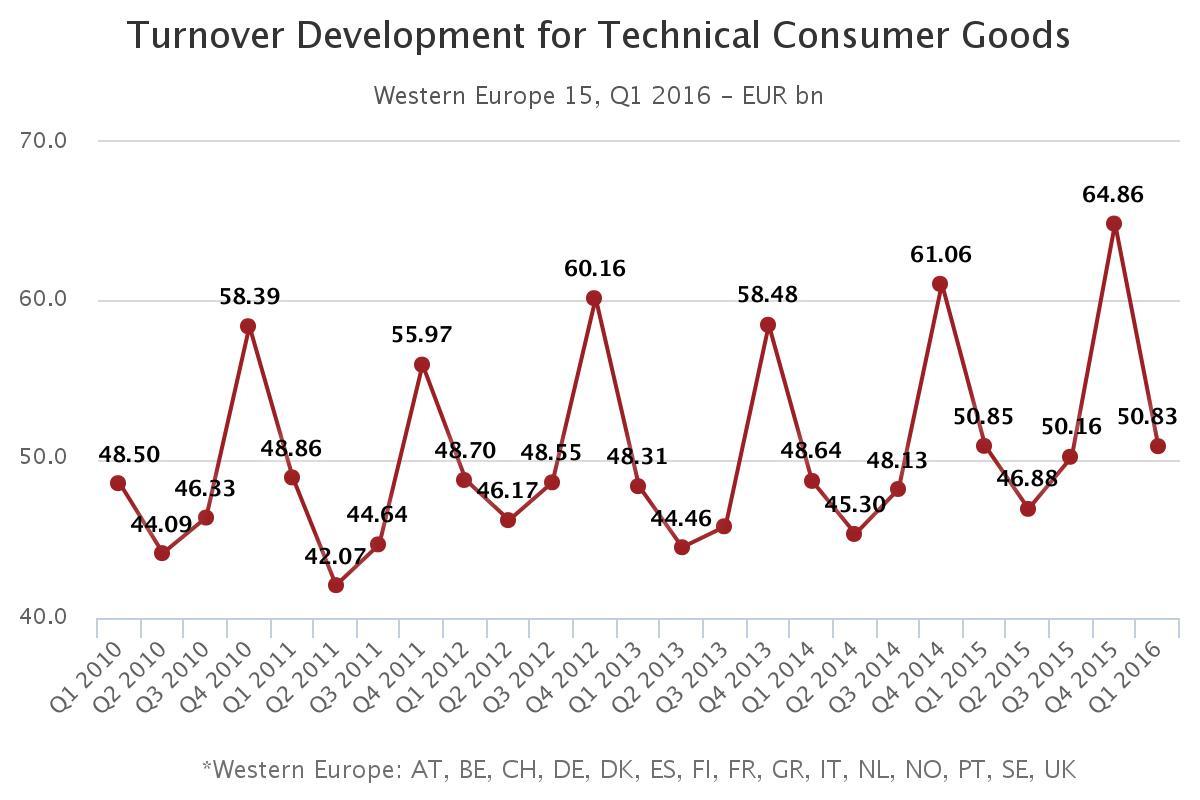