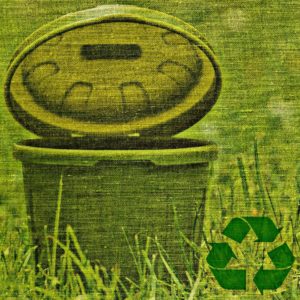 To support the companies on the WEEE Open Scope, ANIE Federation has published 4 new technical attachments in addition to its “Guidelines for the application scope of the WEEE II Directive and the Italian implementation of the Legislative Decree 49/2014” (Linee Guida al campo di applicazione della Direttiva RAEE II e al recepimento italiano Dlgs 49/2014). Thanks to the new attachments, operational indications are provided on the domestic or professional classification, as well as on the correct categorization, for the following types of new EEE: cables and electric conductors; boilers, stoves, fireplaces and biomass thermo-cookers; systems and equipment for the smoke/fire signaling and detection, audio evacuation (EVAC); furniture products, building finishes and solar shielding (realized in collaboration with FederlegnoArredo).
ANIE has aligned itself with the recent resolutions issued by the “Surveillance and Control Committee for WEEE, Batteries and Accumulators” (Comitato di Vigilanza e Controllo RAEE, Pile e Accumulatori), in order to ensure maximum coherence with the resolutions of the national legislator and the European Community. In particular, as regards to the cables, the new Attachment faithfully reproduces what is expressed in the ministerial document “Operative indications on the open scope of the Legislative Decree 49_2014” (Indicazioni operative sull’ambito di applicazione aperto del dlgs. 49_2014) which identifies as cables included within the WEEE scope exclusively the cables equipped with connectors (extension cords, multi-sockets and cable reels). Analogously, the new attachments on stoves and fireplaces and on smoke/fire and EVAC detection systems are in line with the recent resolutions of the WEEE Surveillance and Control Committee (July 26th): they concern the categorization of the equipment in the new 6 categories of the Attachment IV to the Legislative Decree 49/2014, with which the Surveillance and Control Committee approves a “transcoding” chart for the correct assignment of the EEE already included in the WEEE scope, as well as the introduction of 4 new sub-categories in order to facilitate the correct classification of EEE from the producers.