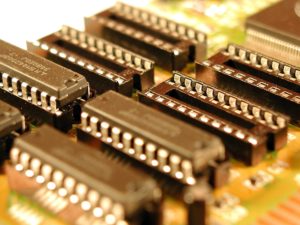 The Semiconductor Industry Association (SIA) announced worldwide sales of semiconductors reached $35.5 billion for the month of January 2019, a decrease of 5.7 percent from the January 2018 total of $37.6 billion and 7.2 percent less than the December 2018 total of $38.2 billion. “Global semiconductor sales got off to a slow start in 2019, as year-to-year sales decreased in January for the first time since July 2016 and month-to-month sales were down across all major product categories and regional markets – said John Neuffer, SIA president and CEO -. Following record sales over the last three years, reaching $469 billion in 2018, it seems clear the global market is experiencing a period of slower sales. The long-term outlook remains promising, however, due to the ever-increasing semiconductor content in a range of consumer products and future growth drivers such as artificial intelligence, virtual reality, the Internet of Things, and 5G and next-generation communications networks”. Regionally, year-to-year sales increased slightly in Europe (0.2 percent), but fell in the Americas (-15.3 percent), Asia Pacific/All Other (-3.8 percent), China (-3.2 percent), and Japan (-1.5 percent). Compared to December 2018, sales were down across all regional markets: Europe (-1.5 percent), Asia Pacific/All Other (-3.6 percent), Japan (-4.7 percent), China (-8.5 percent), and the Americas (-13 percent).