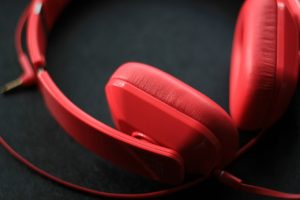 Between January and June 2019, GfK recorded total sales of 7.9 billion euro for the global audio devices market, excluded North America. Compared to the first half of 2018, this is an increase of 15%. Headphones and headsets are the key driver of the growth, together with portable Bluetooth speakers and loudspeakers for the home. There is plenty of growth potential in smart devices with embedded voice assistants and in loudspeakers to enhance the entertainment sound at home. Global audio markets have the opportunity to prolong their growth trajectory, experiencing positive results almost uniformly around the globe. Largest contributors are the CIS countries with a 41% increase and China up 38%. Headphones/headsets remained the highest turnover segment, followed by Bluetooth speakers, audio home systems and loudspeakers. Demand for headphones continues to grow, causing prices to fall. In the first half year 2019, in-ear headphones saw a steady sales value growth of 55% and accounted with a sales volume of nearly 3 billion euro for 70% of the total headphone turnover. China by far is the largest market, followed by the Western European and Developed Asian countries. Almost 50% of all wireless in-ear devices sold in 2019 were true wireless ones (with two separate earpieces). The global market for these headphones grew by almost 300% from 2018 to 2019. This high consumer demand has attracted the attention of more and more brands so the number of manufacturers shot up by a factor of three in the first half of 2019. This caused the average sales price to drop considerably to 85 euro. Sales of over-ear headphones grew by 11%. Western Europe is the largest market, followed by China and the Developed Asian countries. The LATAM region is at a lower absolute level but has been catching up recently, with a growth rate of almost 80% for Bluetooth over-ear headphones. These devices that wirelessly connect the headphones to the music source witnessed considerable turnover growth and are becoming the worldwide standard, with a market share of close to 80% for over-ear headphones. Just as for true-wireless in-ear headphones, more players are entering the market, increasing pressure on price. In the first half year 2019, Bluetooth over-ear headphones on average were sold for 90 euro. The comparison to true wireless for in ear-headphones is active noise cancelling technology for over-ear headphones, whose turnover grew by 40%. Multiroom devices become affordable for a mass market. Sales of these products, which play different songs in different rooms, increased by 4% in the first half of 2019.