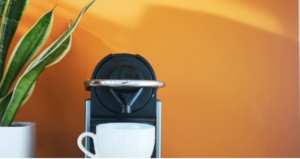 APPLiA launched a humorous and informative video reportage that follows the life of an appliance that has been loyal to consumers, and has been left disappointed with the way some products are treated at their end of life. The video was realized for the International E-Waste Day. Abandoned or improperly sorted home appliances have become a not very unusual scene to see while walking on the street and the statistics show that 17% or nearly one-fifth of small appliances do not reach the established recycling process for electronic waste. “Around 2/3 of e-waste – Korrina Hegarty, APPLiA’s Environment Policy Director, stated – is undocumented so we are losing a lot of precious materials like aluminium, copper, plastics and we don’t know what happens to it”. Recycling, although very important, is only one part of circular economy. As an alternative, circular culture and the idea that everyone can play a part in society could be the solution that closes all existing gaps, including those in production and use. A few years ago, APPLiA launched an initiative called “Circular Culture”, an online platform dedicated to ongoing best practices regarding not just e-waste but also food waste, increasing recycling and other sustainable actions that are contributing to sustainable lifestyles.

The various steps of the “circular culture”