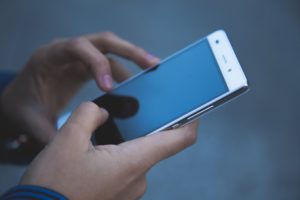 According to GfK, in the period January to June this year consumers purchased smartphones worth €210 billion worldwide. Following strong momentum from last year, consumers are expected to spend €1 trillion on technical consumer goods in 2019, of which about 43 percent will be on smartphones with increasingly higher specs. Smartphones with a combination of a 6-7″ display, a 20MP+ camera and 128GB+ storage accounted for 16 percent of smartphone revenues or €33 billion in the first six months of 2019, up from only 3 percent in the same period of 2018. Going hand-in-hand with the race for high megapixel cameras, multi-camera adoption has been gaining momentum as well. While dual rear cameras accounted for 50 percent of the global smartphone sales value in the first half year 2019, triple rear camera devices keep growing their market share, and accounted for 20 percent in January to June 2019, up from 1 percent in the same period last year. That is driven by a combination of single front – triple rear cameras that accounted for 16 percent in first half of 2019. Smartphone processors have been the key enabler of improved/strong device performance. 18 percent of smartphones sold in the first half of 2019 feature processors operating in the 2.5-2.8GHz range, up from just 5 percent in the same period last year. This jump in the availability of powerful smartphones is linked to demand for rich mobile experiences and the growth of processing power-hungry applications such as gaming. Smartphone processors have not only become faster over the years, their fundamental architecture has changed, too. For example, two thirds of handsets purchased globally are now equipped with octa-core processors, up 6 percent from 2018. Arguably, 5G is one of the most eagerly anticipated smartphone features this year. The first operators switched on their 5G services from April 1. 5G-enabled smartphones achieved a 41 percent share of all purchased smartphones in June in South Korea. Alongside these performance features, premium priced smartphones accounted for 8 percent of sales unit share in the first half year of 2019, up from 6 percent in the same period in 2018. The smartphone industry spotlight is not only on handsets. Smartwatches are one of the devices that have captured consumers’ imagination as they have the potential to simplify the way the smartphone technology is used. From a sales value point of view, smartwatches grew by 47 percent year-on-year in the first half of this year.

Samsung Trend Radar on the changes in daily life

Smart home: the opinion of the European consumers