There are business changes that occur with defined times and rates, according to scheduled roadmaps. Then, there are unforeseen situations, which compel the enterprise world to cope with unexpected contexts and to calibrate its reaction suddenly and efficaciously, sometimes creating the conditions for a growth from several points of view. Therefore, Dema, which supplies automated production devices, lived the emergency of last weeks by undertaking virtuous mechanisms, making a series of corporate processes leaner and testing its reaction skills in a context of great unusual challenges.

Recent months have been intense indeed for Dema: from the mandatory lockdown, lasted few days because the company could restart the activity immediately, since operating in the medical device chain, until the birth, the development and the supply of a completely new project for Dema, machines for the manufacturing of surgical masks.

Astride all that, intense weeks, marked by the reorganization to be always able to supply its customers, the work for the new machinery, conceived to meet a precise market demand and developed at very fast rates, the consolidation of the remote service modality and the introduction of the smart work, which has provided noteworthy benefits for employees and company. 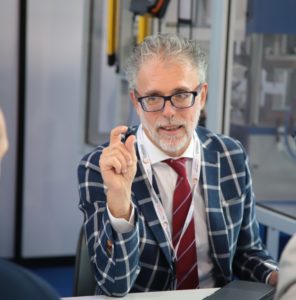 Cesare Librici, owner of Dema, traces back the stages of this last period starting from the preliminary assumption that has afterwards guided all activities: the enthusiasm, which has always led the company to go on with determination.

“The activity stopped just for one week, because our customers include companies that produce electric motors for health devices and we needed to go on working for them; besides, customers abroad were still in full activity at the time of our lockdown”.

So, Dema could start operating again in both the manufacturing activity and in remote service. Even more, concerning the remote support, the criticalities and the limitations in travels have made customers’ approach evolve, as they were ready to exploit this possibility more than in past, fully understanding its benefits. 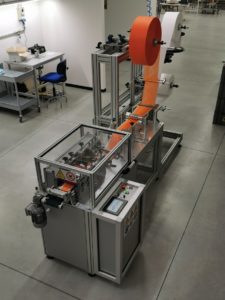 “The remote assistance is a service that has always been included in Dema’s offer but it was not completely exploited by our customers” Librici explains. “There were partners, in both Europe and outside European borders, who asked us to provide service on site even when problems could be solved from remote. The Covid emergency has compelled to review this approach”.

In the meantime, Dema has continued its manufacturing activity, revising the organization within corporate spaces, in order to increase the distancing and at the same time reducing the simultaneously present people. Employees continued their work from remote while, to allow an efficient smart working, the computerized structure was constantly supervised. Although with some difficulties connected with express couriers’ activity – first owing to the reduced staff and then to the overload caused by the restarts – very serious problems linked with logistics did not take place and so the activity prosecuted without repercussions. Permitting also to face the challenge connected with one of the protagonists of this pandemic: the surgical mask, quickly become the focus of the debate for the obligation of wearing it and the evident difficulty of provisioning on the territory.

“When this enormous shortage of masks began to show up in Italy and in Europe – the engineer Librici tells – we were proposed to develop a machine for their production. We estimated it was a project fully consistent and compliant with our know-how, then we committed to the development of an Italian machinery to be proposed on the Italian and European markets”. The target: to make the production of masks in Europe economically sustainable. How to pursue it: through high automation, the only boost able to make the product competitive versus those imported from other Countries.

It was a project for which speed constituted a fundamental factor, and also from this point of view Dema reacted punctually: the first masks were delivered in the second half of May.

Avoiding that this activity “distracted” from the company’s core business, as Librici confirms: “It is a long-term engagement, which after the initial supply will have a relative prosecution, regarding just the spare part ambit, for which we have operated to prevent the decrease of our commitment on our traditional market, which remains our reference ambit in time”.

Dema has started working at full rate since May 4th. However, taking advantage of experience and of what proved to be positive, turning for instance to smart work, due to both the advantages that it provides to employees and to the company. Cesare Librici explains it: “We work worldwide, with partners in Countries like China or Central America, with time zones even very distant from Italy. Working at home allows organizing the working hours flexibly, then for instance scheduling one’s own working day considering that we will be engaged in the management of a meeting with a customer in Mexico in the evening. It has increased the flexibility without creating discomforts to the team and then we have interpreted it not only as a need to manage the emergency but also as an opportunity worth going on using”.

How has the market reacted to these first emergency months? From the point of view of Dema, at present the major impact is on response times of project fulfilment. “We work on projects with medium-long terms and we have not perceived any stop or interruption; what we see is a certain slowdown of our customers’ decisional processes, a sort of generalized delay all over the world”.

In a global scenario where relations in the business world are likely to change, too; if in the past it was customary to start a professional relationship knowing each other personally and then meeting in remote in a successive time, probably the first step of physical knowledge will be replaced by an online meeting. A modality that anyway, for Dema, used to global-scale relationships with customers, does not constitute a hindrance but only a different modality of interfacing with customers.

Will automation be even more present, due to the possibility it offers of working in controlled manner while decreasing the staff?

For Dema, it certainly represents a fundamental competitive edge. The project for the production of masks is the demonstration: the only way to conform to the lowered imposed price was introducing as much automation as possible. “This is true for all sectors – Librici summarizes – The production in Europe is economically sustainable only if there is much automation.” Dema’s contribution goes towards this direction, with a “tailored” production of machines, differing one another, manufactured according to customers’ specificities.

Exporting to the UK: what you need to know post-Brexit

One for all, all for one