New orders
New orders in the German electric industry declined less than expected by only 1.1% in June 2020 compared to the previous year, however solely thanks to a strong growth in domestic orders in a few sub-branches (esp. measurement technology and process automation, rail vehicles and batteries). Overall, domestic orders rose by 33.2%. Orders from abroad declined less sharply than in the previous month by 23.4%. Bookings from the euro zone (-1.8%) thereby decreased only slightly, whereas the decline in new orders from third countries of 32.7% was somewhat stronger than in May. In the full first half-year of 2020 new orders failed their pre-year level by 9.8%. Here bookings from domestic and foreign clients receded by 4.8% and 13.7%, respectively. New orders from the euro area declined by 13.9% (again year over year) between January and June. Bookings from third countries were 13.6% on the decline. 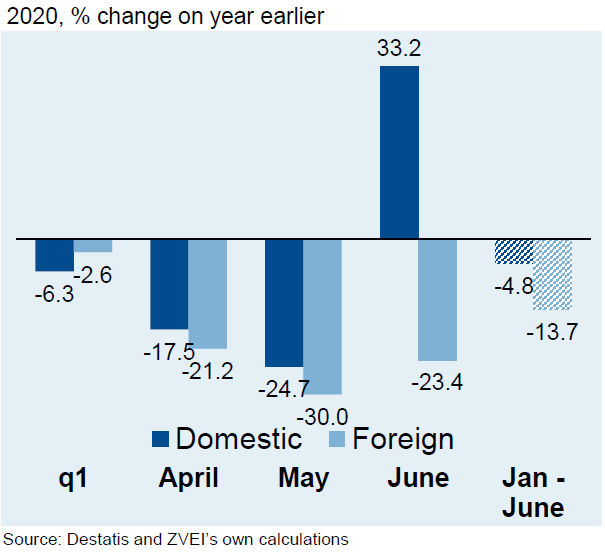 Production, capacity utilization, range of orders
The domestic electric industry’s real production – i.e., output adjusted for price – fell 5.8% short of its respective pre-year level in June 2020. Accumulated from January through June of this year the aggregate output level was down by 8.7% compared to a year earlier. The capacity utilization ratio within the sector stabilized at the beginning of the third quarter of 2020. It stands at 75.4% of the normal full use level now. The reach of new orders recovered slightly. The electric companies revised their production plans sharply upwards in July. 27% of the firms intend to increase their output in the next three months to come, whereas 22% want to curb it. The rest plan with an unchanged production level. 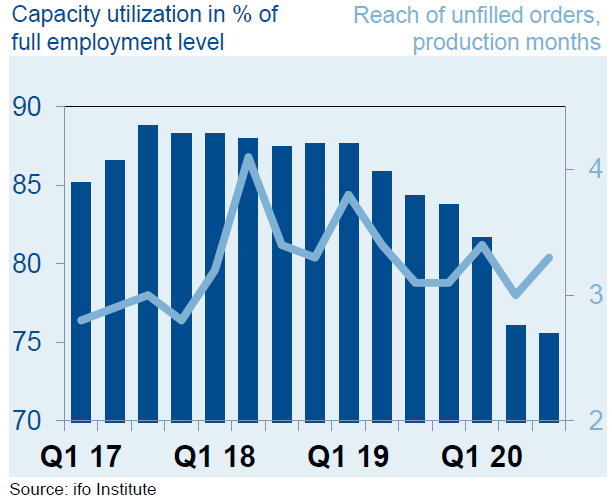 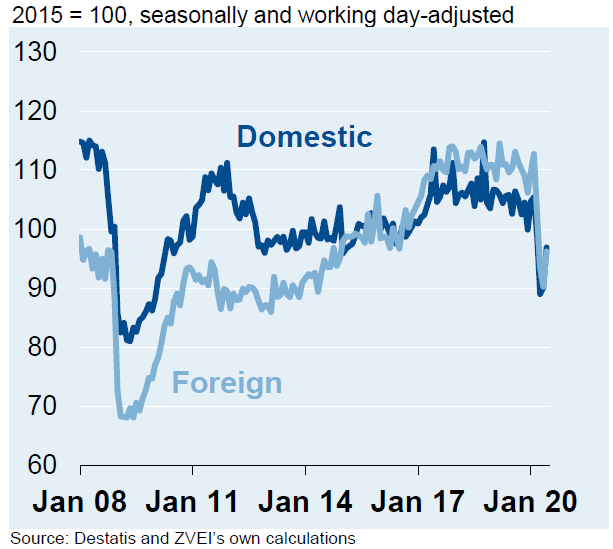 Business climate
The business climate in the German electric industry further recovered in July of this year. Above all, general business expectations have once again crossed the zero line for the first time since February 2020. The business climate remains negative, however, because the current situation continues to be assessed negatively, even though somewhat better than in the previous month. Only 15% of the sector’s companies evaluated their present economic situation as good in July. 40% found it unchanged and 45% considered it bad. Concerning the next six months to come, 28% of the firms are awaiting rising activities. 53% expect their future businesses to stay the same, whereas 19% reckon with declines ahead. The balance of positive and negative export expectations also climbed above the zero line to +1%-age point in July, from -13 points in June. 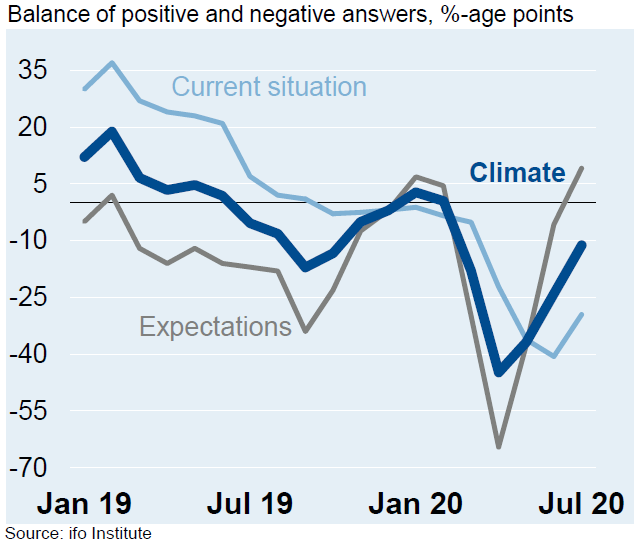 The expectations for IC products in 2020

TCG market proves its resilience to the pandemic