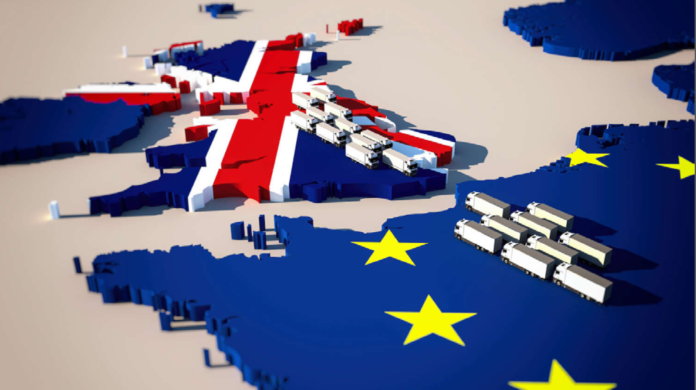 Due to the restoration of custom requirements after the separation of the United Kingdom (Great Britain and Northern Ireland) from the European Union, exporting regulations to Great Britain (Wales, England and Scotland) have changed. Here is what you need to know to stay ahead of the changes and differentiate your products from the competition.

The U.K.’s exit from the European Union has affected trade exchanges. After a first transition phase, most products which previously required CE marking introduced on the British market must:
• Have the UKCA (U.K. Conformity Assessed) marking
• Be accompanied by compliance documentation
• Be in compliance with the relevant regulation for Great Britain
The requirements for Northern Ireland will not change and imports to that market still require the CE marking.

From CE marking to UKCA
In order for manufacturers to keep abreast of the new U.K. regulations that are coming into effect, UL has organized and is organizing a series of informative webinars on the various scenarios that have opened up since Brexit.
In collaboration with the Italian Trade Agency (ITA), the Governmental agency that supports the business development of Italian companies abroad, UL has organized a series of webinars to help manufacturers stay up to date with the new import provisions coming into force.

The exit of the U.K. from the EU will occur gradually, and various steps are provided to fulfil new obligations. “The UKCA mark has replaced the European CE Marking since January 1, 2021”, explained Ylenia Merli, UL’s Global Market Access expert. “To enter the British market, products must bear the new UKCA marking and rely on valid conformity declarations for Great Britain. They must refer to the U.K.’s regulations and relative statutory instruments instead of to European directives and regulations, as well as to designated standards instead of to harmonized standards. If a third party has intervened in the conformity process for the release of a type approval, it will be necessary to refer to the U.K. Approved Body that has issued it instead of to an EU Notified Body”.
To allow the fulfilment of these operations, the U.K. will allow products still CE-marked, in conformity with European directives and regulations, until the end of 2021. However, after January 1, 2022, the CE mark will no longer be accepted, and manufacturers will have to apply the UKCA mark and provide for relative technical support documentation. Until the end of 2022, the UKCA marking may be reported on a label applied to the product or on the inherent documentation, instead of on the product itself. After January 1, 2023, the mark must be indelibly affixed to the product.
“After the exit from the EU”, Merli added, “the U.K. modified directives and regulations to introduce its own conformity assessment system and its own marking, UKCA, which has replaced the CE marking. However, application scope, exclusions and essential requirements of directives and regulation have not been modified yet. This means the technical requirements of appliances have not changed and manufacturers do not need to make structural modifications in products. Until now, U.K. remains fully aligned with Europe and therefore the mandated requirements remain the same. The EU-U.K. Trade and Cooperation Agreement does not include any obligation to maintain this alignment in the future. As time goes by, some divergences might emerge, or the U.K. Government might assume different positions. For this reason, we suggest manufacturers keep in contact with the experts, like UL”.

How to achieve a competitive edge

Although stages are built into the adaptation process, getting ready in advance can be strategically advantageous. “Shops may start to prefer selling only UKCA-marked products”, said Alessio Dellanoce, general manager for Appliances, HVAC and Lighting at UL in Europe. “Therefore, manufacturers that adapt faster might have a competitive edge. Understanding how to proceed is fundamental to plan your strategy on the British market. We have developed webinars and other training activities to provide support to all of our customers”.
For example, manufacturers outside of the U.K. must understand who becomes the importer. “You are an importer”, continued Dellanoce, “if you are the first one bringing goods from outside of the U.K. and placing them on the market in Great Britain. As an importer, you are responsible that the product you put on the market is in compliance with the relevant requirements. If someone has already placed a good on the U.K. market before you sell it in Great Britain — or if the manufacturer has appointed another U.K.-based person to carry out importer duties — you will remain a distributor”.

About the Statement of Conformity by UL

Listening to the issues that companies are facing in this transitory post-Brexit phase, UL is offering a new service: the Statement of Conformity. “Our new service will help our customers be confident that they have compiled with the appropriate documentation according to U.K. regulations for exporting to Great Britain”, said Franck Grevet, business development manager for Appliances and HVAC at UL in Europe. “We help review all the elements of the technical documentation file and help confirm that all documentation is in place with the needed references. If the documentation is compliant with U.K. legislations, we release the so-called Statement of Conformity. The Statement of Conformity — besides helping customers trust in their business continuity — can be used as a marketing boost, adding value in their business communications”.