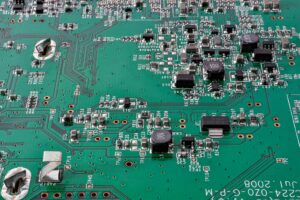 The semiconductor crisis has had a domino effect on many sectors. The pandemic slowed the production, creating difficulties for the supply chains. The exponential growth in demand and the tensions between the US and China triggered an unprecedented crisis, which led to significant slowdowns in the production activities. As reported by Sky TG24, “the demand has increased exponentially due to the purchase of new devices and the suppliers of electronic parts have rescheduled the production of semiconductors and chips to meet the demand of the market, thus focusing on components for laptops, tablets and smartphones. This constant demand has led to the exhaustion of availability first in the electronics industry and now the automotive sector, 60% connected to the semiconductors”. To face the crisis, large investments are needed to build new semiconductor production plants. “It is an important investment that must have its return”, explains Ludovico Ciferri, president of Advanet, in an interview with Sky TG24. Until a few years ago, the United States was the second country in the world for the production of semiconductors – as highlighted by Sky TG24 -. Today it has lost this primacy also due to the introduction of a new law on the intellectual property that protects less and therefore leads to “less willingness from the investors to risk because then the likelihood that the solution will be pirated by other companies around the world it’s quite high”, adds Advanet’s president. To react to the crisis, investments in new production plants are already being planned: Intel, for example, has allocated several tens of billions dollars. “In the meantime – Ciferri concluded – the whole world will have to deal with a dependence that we have inflicted on ourselves with the Asian world. Korea, Taiwan and China”.

Elemaster talks about the rapid prototyping in electronics

LG Recycling Center: more than half a million appliances recycled per year