2021 proved to be a boom year for semiconductors. The first half of the year marked a growth of 29.1% compared to the same period of 2020 and the attenuation of the momentum, with 25.1% expected for the end of the year, derives not from a weakening of demand, but from the insufficient availability of the product. At the present time, manufacturers are unable to supply quantities equal to those required by the electronics and especially the car sector. Various user industries are reducing their production consequently; the difficulties appear particularly serious in the auto sector. In the first half of 2021, the contribution of the conventional geographical areas was uniform for 4 of them, while only EMEA recorded an exceptional boom, resulting from the stronger demand of the automotive sector, in turn due to the greater use of integrated circuits in the recent models of cars. The integrated circuits are by far the most important category, accounting for 83% of the total. Inside them, Memories and Logics appear as the most dynamic types. 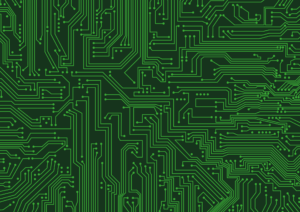 Sectors of application
WSTS no longer records sales by sector of use. The specialized research agency Gartner, on the other hand, calculates that, also in 2021, electronics absorb just over 50% of the total consumption, leaving to the car sector about a third. The 10 leading electronics companies together consumed 42% of the half-yearly total and in particular: Apple 12%, Samsung (consumer and producer) 8%, Huawei and Lenovo both 4% and Dell 3%.

The producers
73% of the total production is realized by the 10 leading companies in the sector; among them 6 are from the United States, 2 from Taiwan and 2 from South Korea. The European companies are behind in the ranking. The South Korean Samsung is confirmed in the first place, followed by the US Intel and then the Taiwanese TSMC. All are multinationals and have plants in various countries; consequently the physically producing countries coincide only in part with the headquarters of the producing companies. The US groups collectively make just over 50% of total production, but only a quarter of it is physically manufactured in the US. On the contrary, Taiwan is increasingly establishing itself as a place of production.

The prospects
The demand for semiconductors is growing rapidly, practically all over the world; the offer is struggling to adapt, although 14 new plants are currently under construction in various countries. In the US, the Government has decided to support the local producers, while in China great efforts are being made to make the nation self-sufficient. The EU has already promised support interventions to the European manufacturers and in France the President Macron said that, in the framework of the recently announced economic development plan, for the construction of plants for the production of electronic components will be allocated 30 billion euros. The current crisis can only be overcome towards the end of 2022 and in that year a growth of 10% is expected, compared to the 25% expected at the end of 2021. For the following years, no forecasts are yet released.