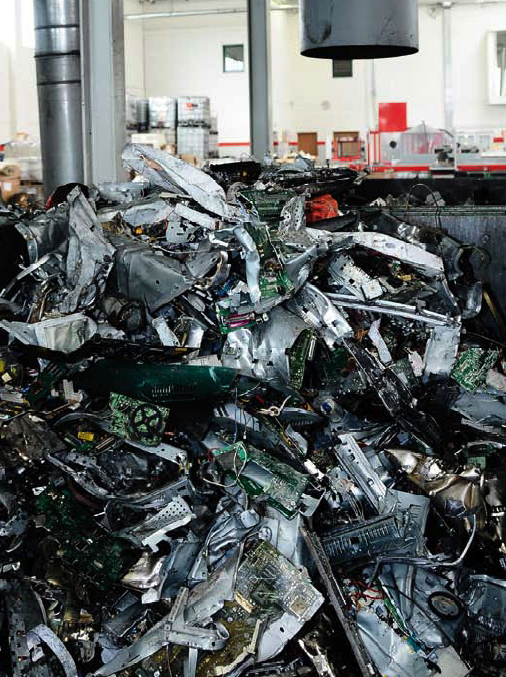 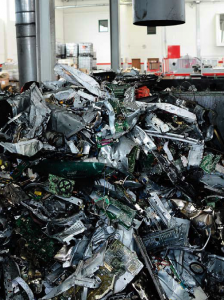 Ecolight, national consortium that is responsible for the management of electronic waste and batteries, offers a guide with three simple rules to properly dispose WEEE. The first rule is to take them to one of the 3,648 ecological islands for the separate collection of WEEE. The second rule concerns the case of purchase of a new appliance to replace an equivalent no-longer-functioning appliance: it is possible to leave the old equipment directly in the store at the time of purchase. According to the Ministerial Decree 65/2010, this operation is free for the consumer by simply filling in a form of delivery. The free retreat is also provided with the home delivery of the new electronic equipment. Businesses and professionals are the object of the third point: they can rely on the service of collecting, operated by Ecolight, contacting the consortium. The service “Make Space” is dedicated to manage professional waste and is realized on the whole national territory and for any kind of quantity. To these three possibilities, Ecolight adds a fourth. “In the area of Bologna, the European project  called ‘Identis WEEE’ (realized by multi-utility Hera, Ecolight and the Spanish Foundation Ecolum) is in testing”, said Giancarlo Dezio, Ecolight general director. The smart bins called RAEEshop have been placed at the Meraville shopping park (Bologna), at the Navile shopping park (Bologna) and at Leroy Merlin (Casalecchio di Reno, Bologna). By accessing with the health card or the Hera card it is possible to give WEEE of small dimensions free of charge. It has been estimated that in Italy in 2012 over a million tonnes of WEEE were produced, almost 18 kg per capita (source: “Solving the e-waste problem” of the UN). According to these data, fewer than three WEEE out of ten, however, have followed a correct management: the collection in the recent years has been around 4 kg per capita; the collection targets established by the new EU directive for 2019 (about 12 kg/inhabitant) are far away. The general manager of Ecolight concludes: “a little effort can give a lot to the environment: on average, more than 90 percent of the WEEE’s weight can be recycled. They are not waste, but they represent a resource that must follow the correct path for the collection and treatment”.