Zvei association has published its “Business Cycle Report” (December edition) about the trend of the German electrical and electronic industry. According to Zvei, new orders have continued to pick up at the beginning of the last quarter of this year. Altogether they exceeded their pre-year level in October by 4.8%. While domestic bookings decreased by 1.3%, new orders from abroad increased markedly by 10.4%. Euro zone clients raised their bookings by 15.9%, more strongly than customers from third countries, whose orders were 6.9% higher than a year earlier. In the full period from January through October 2015 new orders were 6.1% up on their pre-year level. Again, the rise in bookings from abroad (+10.5%) was considerably stronger than the increase in domestic orders (+1.3%). New orders from euro zone and non-euro zone countries grew by 9.4% and 11% (year-on-year rates), respectively. 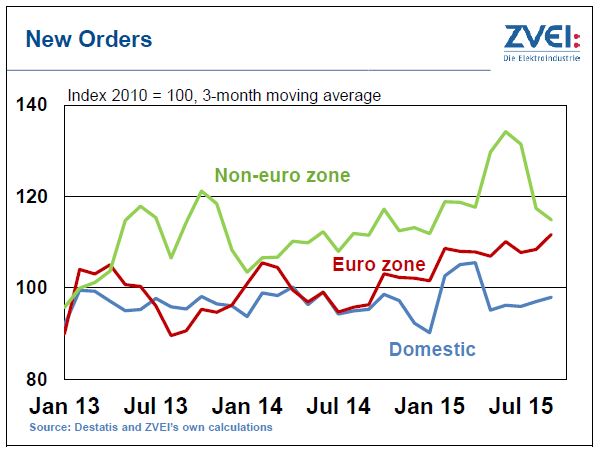 Production – adjusted for price – of the domestic E&E industry has missed its pre-year level in October 2015 by 1.6%. Between January and October of this year the sector’s output rose slightly by 0.5% (yoy). “All in all – explained the report – the sideways movement in real production is set to continue. This picture has been familiar for some time now. The firms’ production plans have not changed at all in November of this year. As in October, 14% of the companies plan to raise their output in the next three month to come. At the same time, 78% and 8% intend to uphold and reduce it, respectively”. 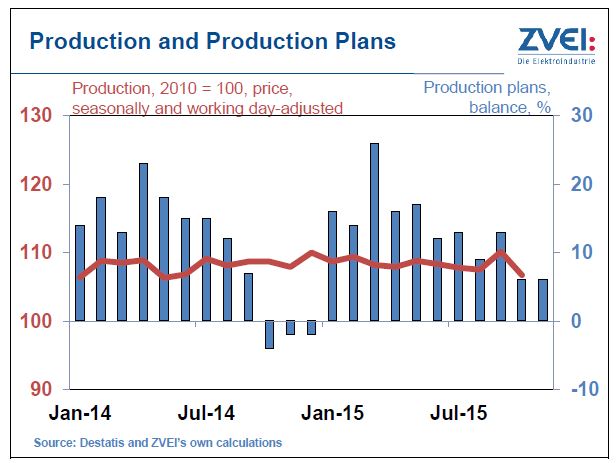 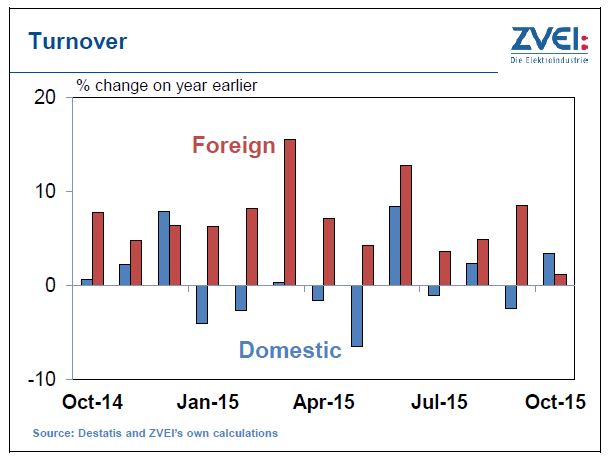 After five declines in a row the business climate in the German E&E industry has risen once again in November of this year. Both the assessment of the current situation and overall expectations have – on balance of positive and negative answers – changed for the better compared to October. Now 35% of the sector’s companies evaluate their present situation as good, 59% as stable and 6% as bad. Regarding expectations for the next six months to come, 22% of the firms are awaiting rising businesses. At the same time, 66 and 12% expect stable and declining affairs, respectively. However, export expectations for the next three months have fallen in November compared to the previous month. 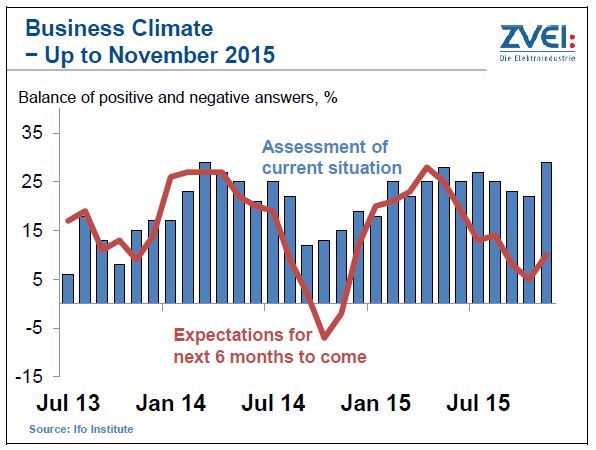