The international Leonardo da Vinci Award was established by AIPI (Italian Association of Industrial Engineers) and is a personal recognition to those who have made a valuable contribution to the technical innovation in the industry. The prize is awarded every two years to Italian engineers, foreign engineers and Italian companies that have helped to promote abroad the products of Italian engineering. It will be presented on March 17th at 2.30 p.m. during the trade fair MECSPE (Parma, Italy) in collaboration with the magazine “Il Progettista Industriale”, association’s official organ, published by the publishing group Tecniche Nuove. “On behalf of the association’s Board – said Ambrogio Nicora, AIPI president – I state our satisfaction in continuing the collaboration with MECSPE, considering the importance and the success recorded in the past editions. The Leonardo da Vinci Award, whose first edition dates back to 1981, is an important part of the AIPI mission, that is to show the value of the industrial engineering”.
For the 2016 edition, the prize will be awarded to:

Aldo Costa
An entire life dedicated to two great passions: engineering and racing cars.
A brilliant career: Abarth, Minardi, Ferrari and now the role of Engineering Director at Mercedes GP. He has designed and developed 23 F1 cars and has participated in designing other 7 cars (Rally, LeMans and F1). 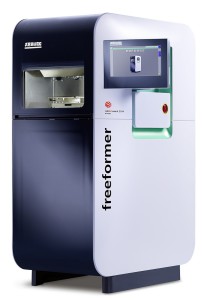 Arburg
The team that has created the Freeformer system will be rewarded. It is an innovative free forming process of the plastic materials which consists in combining the 3D printing with the possibility to use traditional plastic granules, that are cheaper than the specific materials for the additive technologies and easily available on the market.

Innovation Award: Victoria
A company that has created something new in the world of cycling, introducing on the market a mix between two unique innovations: the application of graphene and the use of 4 compounds, a combination that allowed to strengthen the tire covers, making them more flexible and long-lived at the same time.