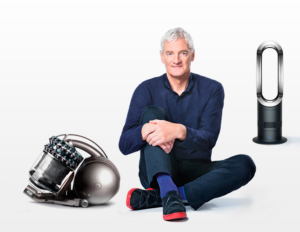 The ruling issued yesterday by the EU’s General Court proves Dyson its right on the energy label and annuls the European regulation on the labeling of wire vacuum cleaners, introduced in Europe in September 2014. The regulation, defined by the European Commission, establishes that the tests on the vacuum cleaners are carried out with the empty container without dust. Dyson has shown that, unlike appliances with cyclonic technology, it is possible that the accumulated dust during the use obstructs the vacuum cleaners equipped with bags and filters, often leading to a decrease in suction power. Dyson highlighted that the laboratory tests for the energy label are not representative of the real use of the product. Consumers risk buying an appliance that claims to belong to the energy class “A” (according to the tests with the empty container) but, with the use at home and filling up with dust, the performance can go down to “G” class. In 2013 Dyson appealed against the European Commission to the EU’s General Court and there was a long controversy that now has come to an end. A Dyson spokesman commented that the ruling is a good news and a win for consumers across Europe. “We have been arguing consistently that the Commission committed two legal violations to the detriment of European consumers and Dyson – he said -. The lab tests for the energy label do not reflect real use as EU law requires they must, and the EU label flagrantly discriminated against a specific technology – Dyson’s patented cyclone”. “The legal process has been long, distracting and expensive, with the odds stacked against us – he added -. Most businesses simply do not have the resources to fight regulations of this nature. It is appalling that this illegal and fundamentally anti-competitive behaviour has been endorsed for so long”.