Panasonic‘s production of household refrigerators reached a total of 100 million units in 2018, 65 years since the company began to manufacture them in 1953. Panasonic began working on refrigerators as well as televisions and washing machines in anticipation of the approaching electrical age after the Second World War. In 1952 an alliance was formed with Nakagawa Kikai Co., a specialist machine tool manufacturer that had made refrigerators for the Army of Occupation. The following year, in 1953, the Takaida Factory in Osaka started production of the NR-351, the first model of household refrigerator with a single door and 99 liter capacity. Not long after production got under way, a boom period started for refrigerators, washing machines, and televisions, which became the three luxury appliances of the era. The sudden rise in demand led to a steady increase in manufacturing at the Takaida Factory from 1957, along with the Fujisawa Factory in Kanagawa in 1961, and the Kusatsu Factory in Shiga in 1969, forming a sizable production network. Product development led in 1969 to the NR-180FF, a two-door model with a separate freezer, then in 1981 to the release of the Slim NR-241HV, a three-door model with a separate vegetable compartment, to be followed by more multi-door, large-capacity models. The Compact BiG NR-F500T, released in 2005, used a top unit design with the compressor on the top, going from the previous 450-liter size to an even larger capacity of 500 liters. The NR-304CV, released in 1984, incorporated a partial freezing feature to keep food fresh in a semi-frozen state of minus three degrees. The latest NR-F655WPX, to be released in March 2019, incorporates a commercial-level flash-freezing feature, achieving an even greater level of progress. “The rise of environmentally conscious technology led to the release of the NR-E45M1 in 1996, which cut power consumption by half compared to our previous models, thanks to its inverter reciprocating compressor system – the company explains -. The year 2002 saw the arrival of the NR-C32EP, a non-CFC refrigerator using the non-CFC refrigerant R600a, and two years later, the achievement of 100% non-CFC household refrigerators for the domestic market put Panasonic in the leading position within the industry. From 2009 our refrigerators adopted Eco Navi, Panasonic’s in-house-designed system for fine-tuning operations to reduce power usage, enhancing their power-saving performance”. 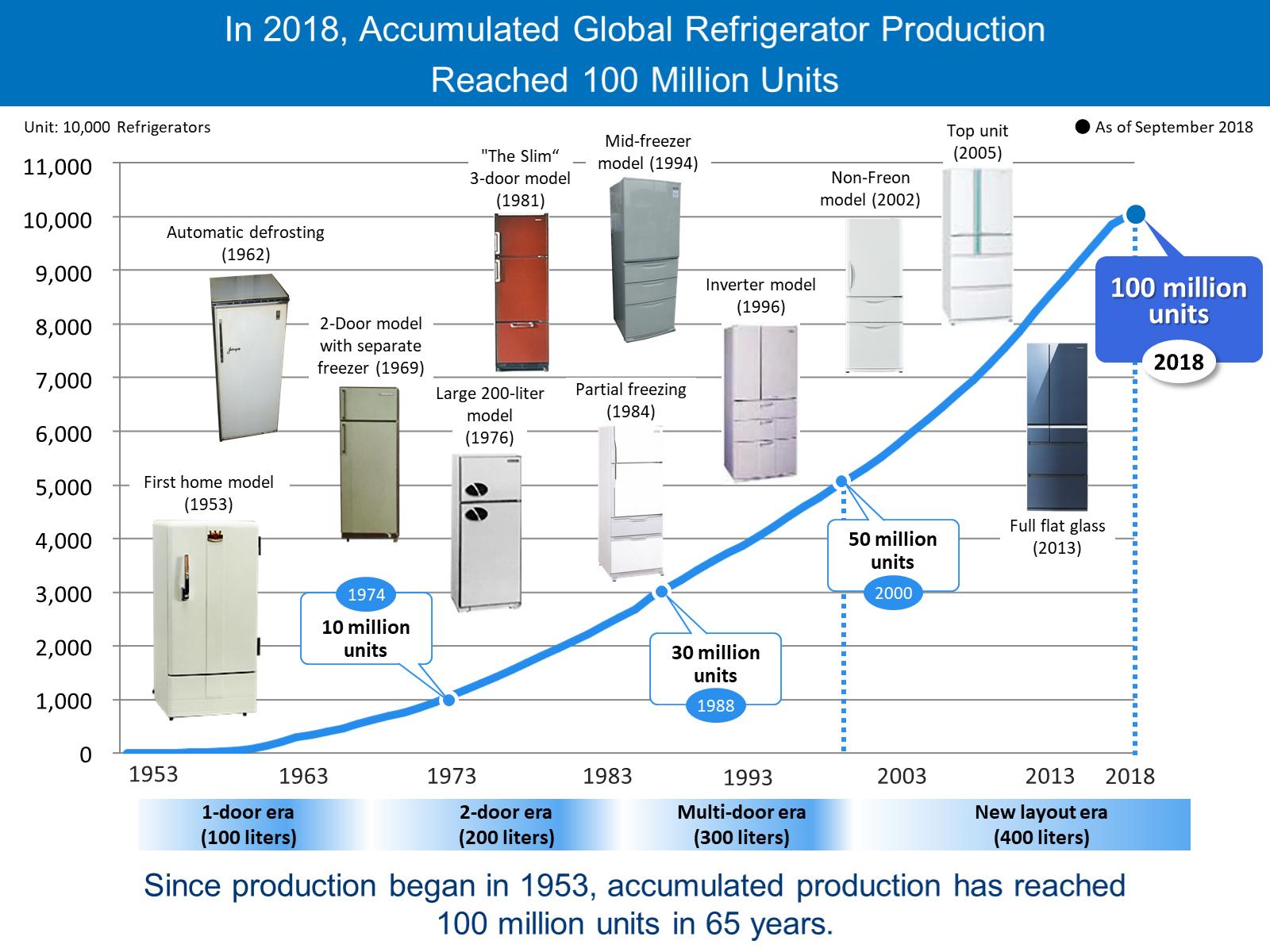