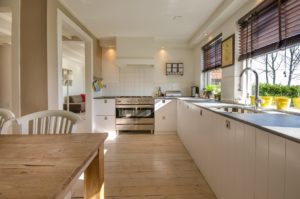 According to the data communicated by GfK at IFA, despite difficult times for global trade, the Major Domestic Appliances market had a good first half of the year. The market generated an overall value growth of 2.7 percent. For the full year for the global MDA market, GfK expects total sales of €182 billion. This is a growth of 2 percent. The main trends contributing to the growth are performance/capacity, simplification and borderless shopping. Looking at the regions, in the first half of 2019, the MDA market experienced a recovery in Brazil (+13 percent) and a strong uptake in India (+10 percent). Europe remained on a growth track contributing to the biggest part of absolute Euro growth. However, a 6.2 percent decline in China was a major reason for the overall market slowdown. As China is such a large market, the other regions have struggled to offset its declines in market value. Therefore, looking at full year results in 2019, it is clear that market performance will depend on the fluctuating Chinese market and its trade tensions with the US. There are however a few positive trends, including strong growth in Algeria (+35 percent), Poland (+12 percent) and +17 percent Hungary where subsidies for energy efficient appliances boosted the Hungarian market. After taking a break from growth last year, the German market is currently improving its dynamic growth (+1.7 percent), and remains with a turnover of €3.9 billion in the first half of 2019 the third largest MDA market in the world. Norbert Herzog, GfK expert for the MDA industry, commented: “Size definitely matters for consumers when considering major domestic appliances. Capacity is a long-term driver of all major markets. This translates into increasingly larger loading capacities in washing machines, taller and wider refrigerators, and more spacious oven cavities. As an example, sales of washing machines with 9 kg or more capacity grew by 24 percent”.
According to GfK´s Consumer Life survey, almost half (52 percent) of consumers globally agree with the statement “I am always looking for ways to simplify my life”. So reducing the time needed to carry out household chores is of particular value for consumers, and hence multifunctional and smart appliances are growing in popularity. With 13 percent turnover growth in 2019, washer/dryers are a prime example of this trend. A more recent and substantial trend is steam-supported appliances which generate multiple use cases, from improved drying in dishwashers to fewer creases in laundry, to healthier cooking. Globally, steam-assisted products jumped to a growth rate of 41 percent in the first half of 2019. Currently China and India are embracing this trend, which promises future growth. Smart appliances are usually equated with the benefit of simplification. All regions reveal strong growth in sales of smart appliances with the one exception – China. Looking at the global picture excluding China, smart appliances grew by 18 percent in turnover. To develop this market, adoption barriers such as a lack of interoperability between branded smart devices, consumer concerns about data privacy, and lack of convincing use cases need to be addressed. Smart speakers may have the potential to deliver on some of these and make a smart home ecosystem easy to operate in the future.

LG: a milestone for the InstaView refrigerator