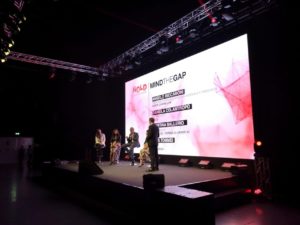 “Mind The Gap: Uomo, Tecnologia, Ingegno” is the annual event that Rold organized at Arexpo – MIND (Milan INnovation District) and more than 400 guests attended this year. It was opened by Laura Rocchitelli, President & CEO of Rold, and then Igor De Biasio, CEO of Arexpo, spoke about the area that hosted the event. MIND is the place where a new technology and science park is being created, which brings together universities and companies with collaborations between public and private realities. Following this speech, the first four members of the discussion panel on the educational issues were called to the stage: Angelo Riccaboni (Professor of Business Economics and President of Santa Chiara Lab Siena), Martina Ballerio (BU Manager of Elmec 3D and selected by Forbes among the 30 best entrepreneurs under 30), Diva Tommei (CEO of Solenica, startupper, researcher, selected by Forbes among the Top 50 EU Women in Tech and by MIT among the Under 35 Italy) and Daniela Colantropo (HR Manager Rold). 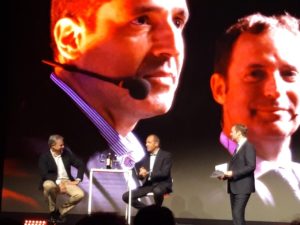 The conversation focused on the issues of education and the indissoluble relationship between the academic world and the corporate world to create all those roles that are necessary for today’s companies. Rold is constantly engaged in scouting new talents to be trained, also invests periodically in research and development and heavily believes in the enhancement of its collaborators. This spirit has led Rold to create a network of partners with cutting-edge technologies, with which it shares best practices, information and solutions. Later, Paolo Barbatelli, Chief Innovation & Sales Officer of Rold, and Roberto Filipelli, Azure Cloud Infrastructure Partner Development Director at Microsoft, took the floor. The origin of the Rold-Microsoft partnership was told, from the first meeting held in Redmond to the participation in Inspire in Las Vegas, the annual conference organized for the community of the Microsft Corporation partners, of which Rold is a member. In this speech it has been shown how the “gap”, to which the title of the event refers, can be mitigated or filled thanks to the collaboration between medium-small and multinational companies, connecting people and technology in an effective way, satisfying the need to share the information in order to develop new solutions that allow for innovation and renewal. 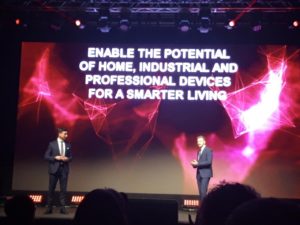 In addition, Luca Cremona, Head of Industrial, and Matteo Thunholm, Head of Sales, explained the new Rold corporate vision: “Enable the potential of Home, Industrial and Professional devices for a smarter living”. Rold operates in these three markets (Home, Industrial, Professional) as a provider of solutions and digital platforms rather than as a provider of single components, enabling new B2B2C business models, in a virtuous and interconnected circle for the generation of services aimed at improving the user experience. The event was closed by Paolo Nespoli, who told the salient stages of his life as an astronaut. And he said: “The future is yours; dream of impossible things, then wake up and work hard to realize them!”.

Whirlpool was recognized for its work in inclusion