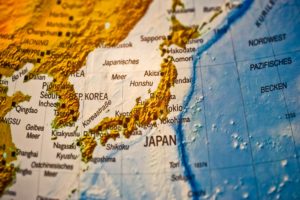 The World Robotics report by IFR (International Federation of Robotics) shows a new record stock of about 300,000 operational industrial robots in the Republic of Korea in 2018 (+10%). Within five years, the country has doubled its number of industrial robots. Following Japan and China, the country ranked third in 2018. But the dynamics of robot installations has decreased in recent years and for 2019 a continued decrease is expected. “Robot installations declined by 5% to 37,807 units in 2018 – says Junji Tsuda, President of the International Federation of Robotics -. Both, the electrical/electronics industry and the automotive industry reduced installations – together they account for 82% of total demand”. As communicated by IFR, “South Korea is affected by the US-China trade dispute, but there could be positive as well as negative effects: China is an important export destination for Korea´s intermediate products. The conflict could result in decreasing demand from China. In contrast, Korean products might substitute Chinese products. But currently, the South Korean economy is in troubled waters. Declining demand for electronic products and announcements of investment reductions by major electronics companies point towards another year of decreasing robot installations”.