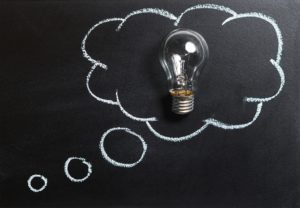 The last edition of WIPO’s World Intellectual Property Report documents how the geography of innovation has evolved over the past few decades. The report finds that innovation has become more collaborative. In the early 2000s, teams of scientists produced 64 percent of all scientific papers and teams of inventors were behind 54 percent of all patents. By the second half of the 2010s, these figures had grown to almost 88 and 68 percent, respectively. Collaboration has also become more international. The share of scientific collaborations with two or more researchers located in different countries grew to around 25 percent in 2017. For patents, the share of international co-inventions increased to 11 percent until 2009, but has since slightly fallen, partly because of rapid growth in domestic collaborations in certain countries. Most international collaboration takes place among the top metropolitan hotspots. The largest ten of them – San Francisco-San Jose, New York, Frankfurt, Tokyo, Boston, Shanghai, London, Beijing, Bengaluru, and Paris – account for 26 percent of all international co-inventions. The U.S. hotspots emerge as the most connected ones in the world. “Today’s innovation landscape is highly globally interlinked – said WIPO Director General Francis Gurry -. Increasingly complex technological solutions for shared global challenges need ever larger and more-specialized teams of researchers, which rely on international collaboration. It is imperative that economies remain open in the pursuit of innovation”. Considering some other key report findings, before 2000 Japan, the U.S. and Western European economies accounted for 90 percent of patenting and more than 70 percent of scientific publishing activity worldwide. These shares have fallen to 70 percent and 50 percent, respectively, for the 2015-2017 period amid increased activity in China, India, Israel, Singapore, the Republic of Korea, among others. Besides, multinational companies locate their research and development (R&D) activities in hotspots that offer specialized knowledge and skills. For example, Google’s headquarters in Silicon Valley only account for somewhat less than half of the company’s patenting activity, with Zurich, New York City and London showing as other important sources of inventor locations.

Industry leaders unite to call for Europe to lead

The ORAMA Project on raw materials