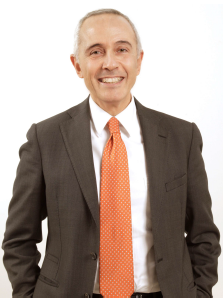 Ciro Sinatra has been appointed new representative of APPLiA Italia’s Small Domestic Appliances Group for the next two years. He succeeds Teresa Polti, President of Polti SpA. Sinatra, 59 years old, enters the world of work dealing with industrial relations within a multinational pharmaceutical company. Since 2000 he has been in Vorwerk Italy initially with the role of Human Resources Director and since 2009 he has been appointed Director of Institutional Relations and Legal Affairs. In 2010 he participated in the establishment of Univendita, an association that brings together leading companies in the direct home selling, initially holding the role of Vice President and currently President. In 2016 he was elected member of the Assembly of Delegates at Enasarco and in the elections held in 2020 he was confirmed.

GE Appliances: Jason L. Brown named to the NAM Board