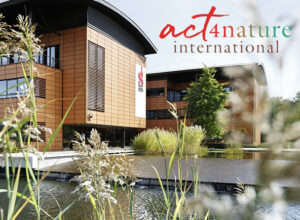 Groupe SEB joined the Act4Nature International alliance, on the occasion of the European Business & Nature Summit 2021 (EBNS). As such, the Group is now one of 13 companies to make public its commitments to the preservation of biodiversity. As communicated by the company, the proactive targets for 2023 are: zero plastic packaging, and thus help reducing the presence of plastics in the oceans; -20% water consumption per product produced (base year 2016), +90% of household appliance products will be 10 years repairable, reach a minimum of 50% of recycled materials in products/packaging; -40% carbon intensity of Group’s factories (base year 2016), -15% carbon intensity of the products (base year 2016), -10% carbon intensity of the transportation of products (base year 2016); support a forest ecosystem restoration project with a label guaranteeing the preservation of biodiversity. For more than 10 years, Groupe SEB has acted to reduce its environmental footprint. The Group has also decided to take action in favor of biodiversity based on 4 priorities: fight against pollution, preservation of natural resources, reduction of carbon emissions and development of projects in favor of biodiversity. In its fight against the various forms of pollution, the Group is committed to limiting waste production and eliminating all plastic packaging from its products in order to limit the impact on ecosystems (2022 target: -15% production of waste manufactured in its factories (base year 2019); 2025 target: eliminate the use of phytosanitary products for the maintenance of green spaces at 100% of its sites). Beyond its Responsible Purchasing Policy, Groupe SEB is committed to a circular economy by reducing the pressure on resources, by integrating more recycled materials, allowing its products to be repairable and integrating the study of the impact on biodiversity from the product design stage (2025 target: -25% water consumption per product produced, base year 2016). Besides, Groupe SEB reaffirms its commitment to contribute to global carbon neutrality by 2050 (2030 targets: -60% carbon intensity of its factories, base year 2016; -40% carbon intensity of its products, base year 2016). Finally, the Group will offset its residual emissions by investing in projects that benefit biodiversity and programs for reforestation or conservation of natural environments: since 2016, the Group has joined the Vavilov Conservatory Garden Network to support the Vavilov Institute in Saint Petersburg, the oldest seed bank in the world. After the success of the first Vavilov garden in France, Groupe SEB is committed to hosting a second garden, and if possible, at an international site. Finally, by 2025, the Group has committed to 100% of the new Life Cycle Assessment (LCA) of products integrating the biodiversity footprint, which will serve as a baseline to launch improvement actions.

Another step towards sustainability for Elica