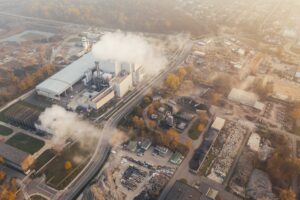 APPLiA has expressed concerns about the unintended consequences of the CBAM (Carbon Border Adjustment Mechanism), which should enter into force in a transitional phase from 2023 to become fully into force by 2030. CBAM aims at compensating the higher manufacturing costs in the EU due to the reduction of free allowance in the ETS (Emission Trading System). It would achieve this by imposing an import tariff on some carbon intensive raw materials coming into the EU. These include iron and steel, cement, aluminium, fertilisers and electricity. CBAM was created with the aim of protecting the European industry in the difficult phase of the ecological transition and enters the scene in the context of the proposed removal of ETS free allowances, seeking to tackle climate change by putting a price on CO2 emissions. However, there may be possible negative consequences, linked to the fact that the European carbon tax taxes the materials and not the finished products that contain them. “Quite evidently – APPLiA explains – these changes will increase production costs for all manufacturing companies in the EU relying on the concerned materials to produce their products, including the home appliance industry. In its current form, the EU’s proposed CBAM is in fact only including raw materials, creating this way an incentive for carbon leakage from the EU for all manufacturing industries. That is to say manufacturing companies based in third countries will get a competitive advantage over similar products produced in the EU. In other words, a ‘narrow CBAM’ that applies to raw materials only, would negatively impact the competitiveness of the EU downstream manufacturing industry. As numbers most often speak louder than words, let’s take the case of a washing machine manufactured in Europe. Its production requires on average 25kg of steel, 4kg cement (as part of concrete) and 3kg aluminium. All materials that will be subject to the CBAM proposal. Under the current ETS system in place, the CO2 price for these materials amounts to 90€/ton CO2. Doing the maths, EU-based home appliance manufacturers will face an increase in the cost of raw materials for the production of one washing machine ranging between 5 up to 10%. The high CO2 price has also had a substantial impact on electricity prices, thus jeopardising the energy competitiveness of European manufacturers. As such, the EU’s proposed CBAM seems not to bring any added value in addressing the issue. In light of the different electricity price-setting mechanism currently in place in the EU, compared to the power mixes abroad, it is in fact very unlikely any adjustment of the actual indirect emission costs may occur. In this scenario, products that are manufactured abroad and imported into the EU will be more competitive than EU-made ones on the home market of many European companies. At the same time, products that are manufactured in third countries will be more competitive than EU made-ones on global markets, translating into a competitive disadvantage for manufacturing in Europe and triggering a substantial loss of European jobs. As a result, the new emission cap would not only fall short of the very objective of the policy but also drive production and investments outside of Europe, generating significant global environmental impacts. The carbon will simply be emitted elsewhere. Originally thought to address the risk of carbon leakage in the raw materials industry, CBAM as proposed by the EU Commission, would simply move the carbon leakage from the raw materials industry to other downstream industrial sectors, this way jeopardising the entire European economy”.