Together with the other components of the Consortium, the R-Lab division of Rold is working at the study of the issue of microplastics release deriving from the garment washing in washing machine and at the definition of a common standard from which it will be possible to start developing innovative solutions able to deal with this problem.

The theme of microplastics release into the environment is a more and more frequently debated problem and the Microplastics Consortium was established precisely to study this phenomenon in the domestic washing ambit. Its members include also the R-Lab division of Rold: it is the Lombard company’s laboratory of innovation and applied research, whose target is developing new solutions starting from the market’s needs and, more in general, of society’s. The range of action of R-Lab extends in various fields: from mechatronics to electronics, advanced materials and so on. The various research ambits include also microplastics: we have talked about that with R-Lab team, who illustrated Rold’s role inside the Consortium. 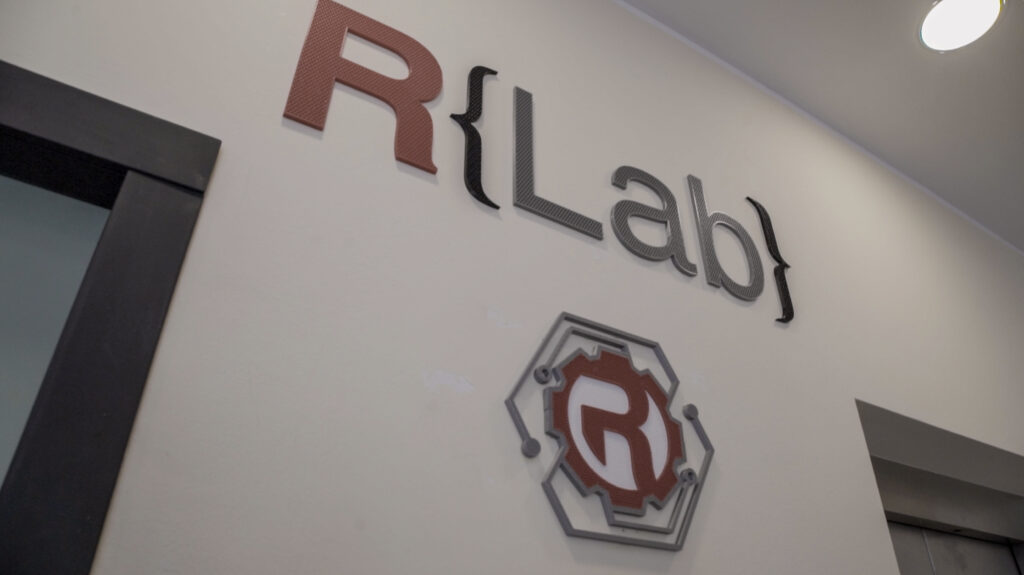 How have you arrived at Microplastics Consortium?
R-Lab has carried out, for three years by now, research and analysis activities on microplastics, from the characterization to the creation of possible solutions for their removal. R-Lab,by its nature, collaborates with different bodies, universities included. In collaboration with Milan Polytechnics and Turin Polytechnics, we have analysed the theme thoroughly, not only through joint research activities but also by means of the active supervision of undergraduates who have faced the theme of microplastics in their graduation thesis course. Moreover, the members of R-Lab team have proposed some challenges regarding microplastics during their courses of Methods and Tools for Systematic Innovation by Milan Polytechnics and during the initiative Challenge@PoliTO by Turin Polytechnics, involving about one hundred students in all. The goal of R-Lab’s research in the field of microplastics is not simply identifying solutions aimed at preventing their release in the washing machine’s waste water but also at improving the human interaction with the system ideated. A filter able to intercept these particles is not sufficient, in fact, if end-users, rinsing the filter in the domestic sink, reintroduce microplastics into the water cycle. In the light of these preliminary conditions, we can better understand why it was natural for Rold to ask joining the Microplastics Consortium. We have become members of this team since November 2021, when experimental activities were about to start. From the practical point of view, once submitted our application for membership, we were assessed to verify we had the demanded competences and also the capability of carrying out the tests needed for the Consortium’s activity. Being admitted is a great source of pride for us and this allows us to work side by side with the most important players in the household appliance sector, in a different role from that generally established between supplier and customer.

Does the Consortium include mutually different realities?
Yes, it is joined by different know-how and experiences according to a collaborative logic. There are primary washing machine manufacturers, but also producers of subassemblies for household appliances (especially filters), certification institutes and test facilities, in addition to the presence of APPLiA (Home Appliance Europe) association as project coordinator. Although Rold is commonly known for the production of household appliance components, our presence in the Consortium is not mainly linked with this type of activity. Rold, in fact, thanks to R-Lab, can offer further competences and solutons that let it stand out from other competitors. The fact itself the company has invested in an applied innovation and research centre employing 7 people out of 250 overall lets us understand what value Rold recognizes to research and innovation.

What targets does Microplastics Consortium intend to reach?
The Consortium’s activity aims at creating a heritage of information about the microplastics generated by the laundry washing, which will supply useful material and results for the discussion in IEC and CENELEC (international and European standardization bodies) for the development of a common standard from which to start developing innovative solutions aimed at solving the problem. Currently, there is no measuring method that can estimate the onset and the behaviour of these microplastic particles and fibres in domestic washing processes. Hence the need of developing a method that mainly tests washing machines, to understand at best what happens during a domestic washing. Therefore, it is an information heritage that will be precious for future developers of filters or of systems to remove the microplastics generated during the garment washing.

What is, in particular, Rold’s role in the Consortium?
We participate in the Consortium in two different ambits: we attend steering meetings in which are decided the guidelines of the activity that will be then carried out, and we implement experimental activities in our laboratory. Actually, it is a methodological study to define, also through experimental tests, the standards with which we will then succeed in characterizing the future apparatuses that will have the task of preventing the diffusion of microplastics. We use as standardized tools as possible, shared by all members of the Consortium to evaluate how microplastics are released while washing and how they interact with filtering systems. We should take into account that several parameters indeed can influence the final result (from the various fabric typologies to detergent, temperature, kind of washing and so on). It is possible to choose the process that on average turns out as representative as possible to analyse the phenomenon. All the components of the Consortium perform the same type of experimentations and then results are compared to understand how sound is the method we are developing. Final results must converge on the same values, so that the procedure in its whole is validated and can be then used to assess the performances of microplastics abatement systems.

Have you set a sort of timetable of Consortium’s activities?
Yes, we have. The management committee defines the guidelines so that there is an operational coherence among all members. Experimental campaigns proceed step by step and in iterative manner: a new configuration to be tested is first defined, to undertake afterwards an experimental campaign aimed at validating or not results, so giving the new address to activities.