The standby modality is used in several household appliances when they are “off” or when they are performing their primary functions, waiting for being activated by a remote control.

The standby modality is a wait state, it is that condition in which an electric or electronic device is not in operation but it is ready to shift to the full operational modality upon local, or more often, remote control.
Even in the standby state, the household appliance consumes electric energy, a consumption recognized as a not negligible problem owing to the growing awareness that energy resources are becoming more and more limited, against a rise of consumptions.
For these reasons, the demand for energy-saving household appliances is constantly increasing.
The standby state is commonly present in several appliances of daily use, like for instance domestic robots, TV sets, air conditioners and domotic devices in general.
Although the energy consumption in standby of a single household appliance is reduced, it is confirmed that the overall energy consumption of all household appliances of a family represents a relevant percentage of the yearly energy consumption.
IEC62301 Ed2.0 (2011) and EN 50564:2011 standards, acknowledged on a world scale, define the standby modality as the lowest energy consumption of an appliance that does not perform its main function when it is connected with the net.
These standards include the devices that are switched on almost instantaneously (for instance without delays for heating) like smart household appliances, the TV and whatever device that is turned on by the remote control.
The manufacturers of household appliances and related appliances that try developing and marketing high-efficiency certified products with minimum energy consumption in standby, must carry out severe power supply tests, as established by programmes supported by Governments, like for instance ENERGY STAR and the Eco EU Directive.
Energy efficiency programmes are becoming more and more rigorous, determining strict requisites of the power supply level in standby.
Consequently, designers and test engineering must choose highly accurate power measuring instruments, to confirm that their devices satisfy the requisites demanded by the regulation.
The IEC62301 Ed2.0 standard defines the relevant test conditions for the accurate power measurement in standby. The requisites for the measuring device include the capability of measuring low current and power factor, crest factor, harmonic content and energy consumption in time, if the energy consumption changes. For this reason, we turn to the use of the power analyser characterized by high precision. 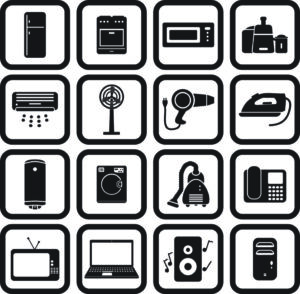 Measuring the standby power reduction
The methods to reduce power in standby include the reduction of power/current, the reduction of the current flow time, an intermittent current flow and the phase shift between voltage and current.
In the case of the power/current reduction, the attention must focus on the power measurement resolution and on the minimum current range of the power analyser to be used, besides the modality with which to make connections to avoid electrical disturbances.
By reducing the current flow time, since the load is small, the current waveform is a short pulse. The ratio of the peak value to the root mean square (RMS) value of a waveform is called the crest factor, and on a power analyser it indicates the maximum multiple of the measuring range that can be applied as peak value. Measurement range and crest factor must be selected to avoid the overload. IEC 62301 needs measuring conditions with a crest factor of 3 or higher.
With the intermittent current flow method, the instantaneous power is averaged over the voltage period. The measured value of the active power can vary according to the period, in this case it is advisable to use the power analyser’s integrated average function.
With the phase shift between voltage and current, standby power is reduced by shifting the phase between voltage and current to lower the power factor. Since the phase difference between voltage and current is 90 degrees (power factor close to 0), a small phase difference affects the measuring precision, needing a high-precision power analyser that ensures an effective input range starting from 0.

WT power analysers by Yokogawa
Many devices that exploit the power supply in standby remain connected for a long time even when they are not in active use.
To enable designers and test engineers to carry out accurate measurements that satisfy the provisions by ENERGY STAR and by the Eco EU directive, Yokogawa energy-consumption measuring software, combined with a power analyser of WT series (like for instance WT300E), allows a user-friendly procedure of configuration, of test and measurement of the standby consumption in a broad variety of household appliances. Important is also the possibility of visualizing trend data by means of customized reports, which aid in assessing that a device fully satisfies the demanded requisites.
Yokogawa Test&Measurement solutions for the power analysis include the whole WT family and the Power Consumption Measuring Software.
WT3000 precision power analyser has the 0.02% precision and a bandwidth of 1 MHz, it provides measurements where utmost precision is demanded. It is the sector standard for the research and development activity on inverters, motor drives, lighting systems and electronic ballasts, UPS systems, aerospace power supply, transformer testing and other power conversion devices.
WT1800E is a high-performance power analyser, this wattmeter offers high flexibility by leveraging some of its peculiar characteristics: high bandwidths, measurements of harmonic distortions (THD) up to 500th order, simultaneous high-speed digitalization and high voltage and current ranges. Typical applications are the measurements of the electrical and mechanical efficiency of inverters and motors (in EV and HEV sectors, too).
The WT300E model is used in standby power measurements according to IEC62301/EN50564; it is also used for the assessment and test of batteries, of household appliances and of uninterruptible power supplies. WT500 is the mid-range instrument, it finds application in power and harmonic distortion measurements (THD) with independent flow controls; it performs efficiency measurements of inverters and motors (both AC and DC). Finally, WT5000 is the precision power analyser, it can be equipped with maximum 7 interchangeable input elements with the addition of 4 motor inputs for measurements of electric and mechanical power and of efficiency. It carries out harmonics’ tests in compliance with IEC 61000-3-2.

UL: the latest enhancements to SafeCyber