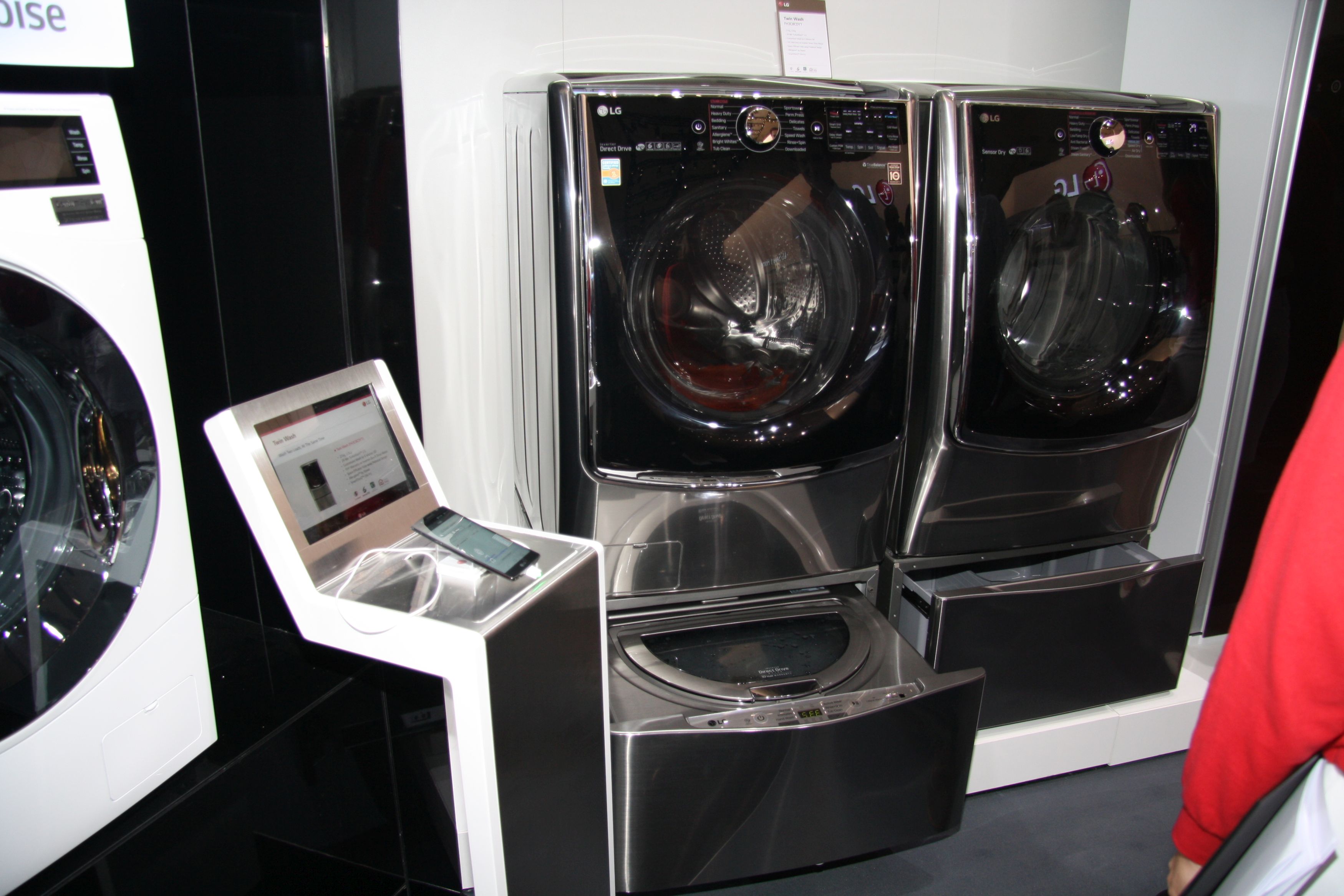 Once the formal IFA press days are over, one can walk through the aisles and get updated on the trends and developments. The first you’ll notice is the trend in the apps. Where last year many observers where yawning when another oven or coffee maker had an app, this year the focus of the explanations was different. Why does my BTC machine or washer needs an app? Because you get to learn all the extra functions easier and make better use of them. The app for the shaver will help you to reduce skin irritation. Most companies clearly adjusted their message.
And why was there not a lot of news on the EEBUS/SHIP home automation standard? Because the surrounding activities are not ready. The standard itself is almost completed, but defining the final standard, and additional activities as testing methods and certification take extra time. With coordination from VDE (the German Association for Electrical, Electronic & Information Technologies, formerly called Engineers Association) three White Books are prepared: one for Market and Communication, one for Techniques and Standards and one for Process Aspects, which contains security as well as cooperation issues. The White Books will be ready in February 2016, thus if you were waiting for news this IFA, you are just one year to early. The EEBUS people are very sure on the cooperation: in EEBUS itself BSH and Miele are active participants, and Whirlpool and Electrolux are in the Italy-based Energy@Home association and the two organizations are very close and will surely agree on the standard. And what about the Asian manufacturers? An interesting cultural difference does not help here: where European representatives can make their own decisions as long as they keep their bosses closely informed, most Asian companies require that their CTO is personally involved in every step, which of course is way to slow in Western eyes.
And, regarding details, what about the announcement of Miele that they solved the automatic cooking problem? Regarding the details, they did, as we expect from them. The automatic cooking problem, which means keeping the pans on your hob at a constant temperature, has seen several solutions in the past. Spanish Fagor offered sensors to be attached to the pans, which did work properly but was too complicated. BSH experimented with infrared temperature measuring, but it was no success. Now Miele went all the way. And what was the solution? Taking the color of the pan in consideration. Infrared measurements are inaccurate if you ignore this. Now, a small lamp lights up through the glass of the hob and allows a sensor to measure reflecting light. A second sensor measures the temperature of the glass of the hob, and the measurements together allows to assess the properties of the pan and the relation between applied power and temperature.

Another new feature is the Active Oxygen odor removal at BSH. Sounds nice, but how does it work? That is a question Germans love to discuss. And journalists love the fact that German companies always get straight to the point with this kind of issues. Active Oxygen is actually ozone, O³ or trioxygen. It is not stable at room temperatures. When generated in a small generator using UV light, the third atom will quickly loosen itself. In the BSH system, it will react with the organic odors which then are filtered out by an active coal filter. BSH added a nifty trick: ozone is invisible, and thus the consumer will not see anything and will be confused. Therefore a small amount of water vapor is injected through a nozzle, creating a great looking mist. The ozone cycle can be used separately, or combined with a washing program.
At Turkish appliance brand Beko, renowned for the way-too-short skirts and the far-too- high heels of their hostesses, another new feature was shown: the autodose dishwasher. A reservoir in the door contains the liquid detergent. Sadly, it was just a prototype but the company stated that the technique was almost ready for production. Eat your heart out Miele and BSH, was the message.

The Koreans are very present at IFA, Samsung seems to have unlimited marketing budgets and has the new CityCube hall for itself. Accidently (or not?), both Samsung and LG introduced a set of connected sensors which help you create a connected home. Samsung calls them SmartThings and LG stayed in touch by naming them SmartThinQ. Both offer traditional security sensors and a connecting infrastructure, as well as new sensors which can detect when your washer is ready (by vibration), how many times the refrigerator door has been opened and what your room temperature is. The latter can also control the A/C using remote control commands. The big advantage of these sensors is that you can use existing devices. LG got a lot of press attention with a dual-loading washer: a small vertical-axis drum added underneath the large horizontal-axis drum. Samsung showed a prototype washer with an door-in-door feature: you can add laundry after the cycle has started. Haier topped the LG dual washer with a large combo having two horizontal-axis drums, and Turkish Vestel displayed appliances in a wide range of colors.

Fagor is back
A big surprise was the return of Fagor. This Spanish manufacturer went bankrupt in 2013. Too many debts and a takeover of French brand Brandt were fatal for this traditional Spanich company, part of cooperative MCC in Basque Country, near Bilbao. Now, some parts were acquired by Spanish CNA Group. They started in white goods with hoods and extractors. Many Fagor factories and staff are now back in business. In the meantime the trade channels were supplied from existing inventories, keeping the brand alive.

Another step towards sustainability for Elica