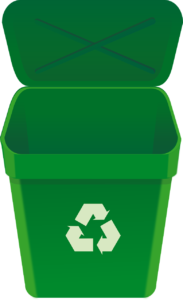 Remedia presented the Green Economy Report, which illustrates the results of the Consortium’s activities in 2017. Last year Remedia collected 92,000 tons of technological waste, 25,000 tons more than the previous year, an increase of 37% (and +400% compared to 2008, the year in which the national WEEE management system was launched). Furthermore, with the 2017 collection, the Consortium has reached an important milestone: 500,000 tons of technological waste collected and managed since 2008. Of the 92,000 tons collected, 73,200 tons are domestic WEEE (79.6%), over 8,800 tons are professional WEEE (9.6%) and almost 10,000 tons are batteries and accumulators (10.8%), to which are added about 6,800 tons of other types of waste and packaging. Besides, the report analyzes the Consortium’s environmental performance on the basis of 4 indicators: Carbon Footprint (which indicates an emissions saving of almost 306 tons of CO2 eq), Water Footprint (which shows an unused water saving of almost 1.8 million cubic meters), Material Footprint (which indicates a saving of over 176,000 tons of resources not taken from the environment) and Land Footprint (which shows an amount of land not consumed equal to 900 hectares). With regard to the WEEE recovery, the report shows that 89.4% of waste have been submitted to the material recovery and 3.9% was converted into energy. Only 6.4% was brought in landfills for the disposal, while 0.3% was destined for the incineration. With regard to the materials, the analysis shows a recovery of over 42,000 tons of metals (of which 70.8% between steel and iron), about 20,000 tons of glass and about 14,000 tons of plastics.