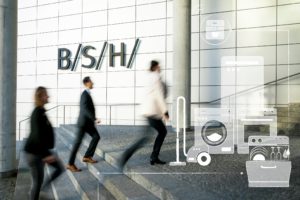 BSH announced that, despite considerable challenges in 2019, the company maintained its position in the home appliance industry: turnover, at 13.2 billion euro, reached the third-highest level in the company’s history, though down 1.2 percent from the prior year. Research and Development expenditures rose to 713 million euro in 2019. At 5.4 percent of turnover, they surpassed the record from 2018 (5 percent). The 2019 turnover in Europe (Western, Central and Eastern Europe) rose nearly a full percent from the prior year. In Asia-Pacific BSH saw turnover slide by about 10 percent, mainly because of declining business in China. “Regardless of that development – the company explains – BSH is still the largest non-Chinese home appliance manufacturer in this market. Market consolidation, more intense competition, and a sharp rise in online commerce remain the major challenges in this region. At the same time, there were substantial gains in Australia, India, and the Southeast Asian countries”. Appliance turnover in the Americas (North America including Mexico, Latin America) grew nearly 10 percent, enjoying a particular boost from BSH’s successful builder business, in which the company outfits entire large property development projects with home appliances.
As regards to the current year, during 2020 all sites of BSH will become climate-neutral. By expanding own renewable energy production and in making production more energy-efficient, the company will save 22.5 GWh of its energy consumption (equivalent to 2.8 percent of its total energy consumption from 2017), and expand in-house renewable energy production capacity by 2.5 GWh. These steps will reduce BSH’s CO2 emissions by 5,000 metric tons. In that connection, BSH will be investing some 100 million euro in climate neutrality by 2030, and will reduce CO2 emissions from its own production by another 20 percent. On the innovation front, in 2020 the company will be putting the first appliances with its new microprocessor-based SystemMaster technology on the market – including Cookit, the multifunctional kitchen machine with cooking function, already introduced at IFA 2019. “We’re well positioned to keep performing well, thanks to our many new products and digital solutions – said CEO Uwe Raschke -. But due to a wide range of economic and political uncertainties, as well as the unforeseeable consequences of the coronavirus disease, we can already tell today that 2020 will be at least as challenging as the previous year”.