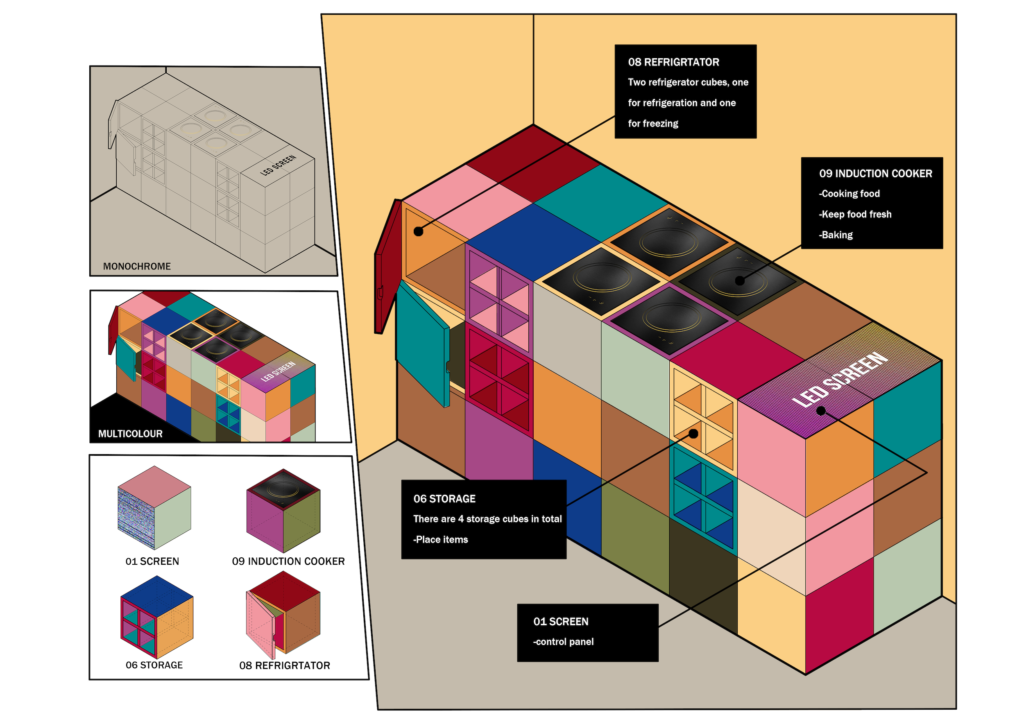 The winning project of the “Siemens: Prototype the Future” initiative has been announced during the Milano Design Week. It is called Artificial Panorama and was created by the Chinese students Hu Meng, Yu Lan and Huang Yan. It is characterized by a modular kit of cubes (Future Modular Cube) that allows user to compose furniture, appliances and media of the home in a multiple and multiform way. The winning project was transformed into a real installation, exhibited during “FuoriSalone 2021” on the campus of NABA (New Academy of Fine Arts) in Milan. “Siemens: Prototype the Future” is an initiative conceived by Ogilvy Italia: for a year it involved the architect Francesco Librizzi, in the dual role of teacher and Siemens brand ambassador, and the students of NABA. The goal was to develop ideas for the home of the future, interpreting the changes in living the home caused by the pandemic. The docu-film on the initiative, made by Indiana Production, accompanied the winning prototype. Furthermore, alongside the installation, Siemens’ new products for 2021 were exhibited: the glassdraftAir telescopic hood and the activeLight hob.

Hitachi dialogues with the world of architecture and design