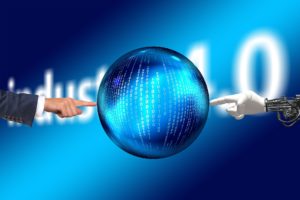 The World Economic Forum announced the addition of 7 new factories to its network of “Manufacturing Lighthouses”, protagonist companies in how to successfully adopt and integrate the cutting-edge technologies of the Fourth Industrial Revolution. The Lighthouses join a group of nine others, which were unveiled in 2018. All were selected from an initial list of 1,000 manufacturers based on their successful implementation of Fourth Industrial Revolution technologies in ways that have driven financial and operational impact. The wider purpose of the community is to help overcome the practical challenges being experienced by industries in advanced and emerging economies when upgrading technology. Earlier work by the Forum identified that more than 70% of businesses investing in technologies, such as big data analytics, artificial intelligence (AI) or 3D printing, fail to move beyond the pilot phase. In response to this, all Lighthouses in the network have agreed to open their doors and share their knowledge with other manufacturing businesses. The new Lighthouses represent a range of industries and geographical locations, with four factories located in Europe, two in China and one in the Middle East. Importantly, the list also contains a medium-sized business, the Italian-based Rold. One frequent challenge highlighted by businesses is that they lack the scale and resources to implement advanced technologies cost effectively. The other new six Lighthouses are: BMW Group (Regensburg Plant, Germany), Danfoss Commercial Compressors (Tianjin, China), Foxconn (Shenzhen, China), Sandvik Coromant (Gimo, Sweden), Saudi Aramco Uthmaniyah Gas Plant (Uthmaniyah, Saudi Arabia) and Tata Steel (IJmuiden, The Netherlands). “Lighthouse factories are found in companies large and small, in all industries and regions – said Helena Leurent, Head of the Shaping the Future of Production System Initiative at the World Economic Forum -. Rather than replacing operators with machines, lighthouse factories are transforming work to make it less repetitive, more interesting, diversified and productive. Rather than staying within the factory walls, Lighthouses build a broad innovation system with business, government and civil society. Beyond local pilots, Lighthouses create value and resilience through the supply chain, and agility and responsiveness for customers. Technology, deployed wisely in our manufacturing and production system, can create a better, cleaner world. We hope this network can be a source of inspiration to help break out of productivity stagnation and deliver the maximum positive benefit for society”. The extended network of “Manufacturing Lighthouses” will be officially presented at the World Economic Forum’s Annual Meeting 2019, taking place on 22-25 January 2019 in Davos-Klosters, Switzerland.