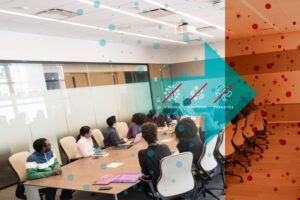 Idrobase Group and K-INN Tech, a spin-off of the University of Padua and an innovative start-up, have created a synergy to design and develop a new device for the air purification in various environments, especially highly frequented public areas. The device will be the result of a systematic experimental campaign, combined with the support of mathematical models. The device will use the photo-catalysis on special catalysts and the UV-C technology for the abatement of pathogenic microorganisms and toxic volatile organic compounds (VOCs). The action of ROS (Reactive Oxygen Species) oxidizing reactive substances, generated on the catalyst surface, is used. ROS destroy viruses, bacteria and organic substances, converting them into harmless substances, thus obtaining the air sanitation. The UV-C radiation at 254 nanometers allows both to activate the function of the catalyst and to generate a germicidal action against bacteria and viruses, amplifying the effect. The device will be produced in different sizes, adapting to the characteristics of the environment in which it is inserted. “For about 30 years we have been engaged in the field of sanitation and disinfection as well as in identifying solutions to reduce PM 10 and PM 2.5 that now are suspected to be a transmission vehicle also for Covid; for 20 years we have been developing technologies for safety against viruses, bacteria, molds, odors, pollution – says Bruno Ferrarese, co-owner of Idrobase Group -. The success factors of this new initiative can therefore be summarized in a systematic combination of advanced scientific, technological and entrepreneurial tools, as well as in the conviction of having to introduce a device on the market, whose performance is proven by documented measures at a representative scale”.

The key components and technologies of Sharp UD-P20E-W dehumidifier

Whirlpool plans to integrate the Matter standard into its smart appliances