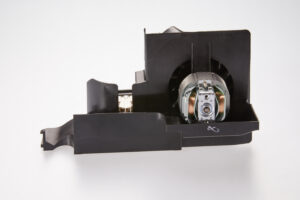 Even in a difficult moment like the present one, Everel (an Italian company operating in the production of electromechanical components) has shown not only to react to the crisis but also to invest in the future. “After the complex quarter of March-April-May – says the CEO of the company Andrea Caserta – which obviously took everyone by surprise, we have become protagonists of an incredible recovery that saw monthly results, from August to today, even over budget: this allowed us to close the year reaching the turnover target of almost 45 million euros”. A fact that goes against the trend and that saw in innovation and looking to the future the trump card. “Crisis is synonymous with change – adds Caserta – and a healthy company must be able to look at the world to come. For this reason, in mid-January, first in our sector in Italy, Everel will be on Ali-Baba, thus completely innovating the product sales and advertising process”. Furthermore, last November Everel signed a partnership with the Zingear company becoming the sole distributor in Europe of their products and further expanding the sales network in the east of the world. “Zingear is a company founded in Taiwan in 1983 and since the 90s it has become a reference point in China and Cambodia in the production of electromechanical components – says Giovanni Bigatti, Deputy Sales Manager – representing the complementary element to enter more into some markets that are distant for us. It represents a quality model in line with the Everel standards, which throughout Europe and North America are synonymous with quality, attention to the product and reliability. Winning connections are born from partnerships, and experimentation is the basis of growth”. As for 2021, the prospects are encouraging. “The positive trend is also confirmed for 2021 – explains Caserta -, we have orders that almost already saturate our current production capacity”. The company has an ambitious turnover goal: to reach 50 million euros.